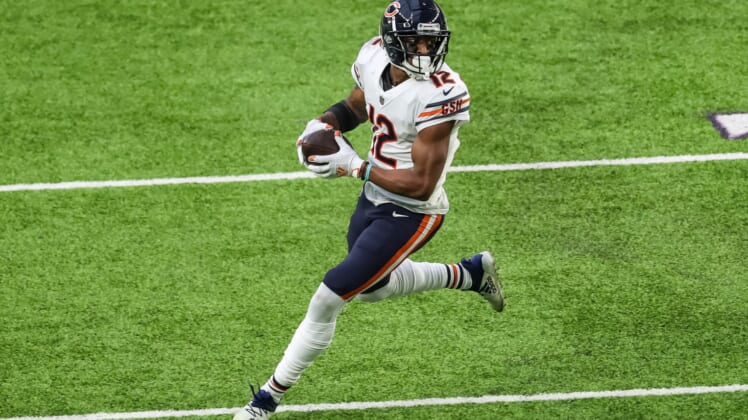 The Chicago Bears placed the franchise tag on Allen Robinson, ensuring their star wide receiver wouldn’t have the opportunity to cash in as one of the NFL’s top free agents. Following the decision, Robinson now seems prepared to strike back at the team.

This isn’t the first time the two sides have been at odds. Entering a contract year, the Bears didn’t discuss an extension with their No. 1 wide receiver last summer. When negotiations went nowhere early in the regular season, Robinson expressed his frustrations and hinted at wanting a trade.

Ultimately, he stuck around and hoped he would get to hit the open market this spring. But, even amid salary-cap issues, Chicago placed the $18 million franchise tag on Robinson. The move seems to have sparked more drama between the player and the organization.

On Sunday’s SportsCenter, NFL insider Jeremy Fowler reported that Robinson has no plans to sign the $18 million franchise tag in the near future. He is upset with the way the Bears have conducted business and feels unsettled about the club’s quarterback situation.

The sentiments about the starting quarterback are shared in Chicago. The Bears have aggressively pursued trades for Russell Wilson and Deshaun Watson, but those efforts have been unsuccessful to this point. Both general manager Ryan pace and Matt Nagy are desperate to find an upgrade over Nick Foles, with their jobs on the line in 2021.

Chicago Bears rumors: Allen Robinson trade could be in the cards this offseason

Despite experiencing some of the worst quarterback play in the NFL, Robinson has posted excellent numbers. The 6-foot-2 receiver is coming off consecutive seasons with 1,100-plus receiving yards. He is a dangerous red-zone threat and has some of the best hands in the NFL, but inaccurate passes have limited him from playing at an even higher level.

But that’s not the only problem Robinson has with the Bears, according to Fowler. The 27-year-old wants to become one of the highest-paid wide receivers in the NFL. DeAndre Hopkins ($27.25 million), Julio Jones ($22 million), Keenan Allen ($20.025 million) and Amari Cooper ($20 million) all make $20-plus million annually, a figure Robinson would like to approach. But the Bears have told him there is no desire to pay him top dollar.

Landing Wilson or Watson might change Robinson’s sentiments towards this team. However, the Bears seem to be striking out on every clear upgrade at quarterback. If that trend continues, they may settle for signing either Ryan Fitzpatrick or Andy Dalton to create some competition for Foles.

If that happens, it’s safe to bet Robinson will become even more frustrated. At that point, a sign-and-trade becomes increasingly likely and there won’t be a shortage of teams interested in acquiring this star wideout.