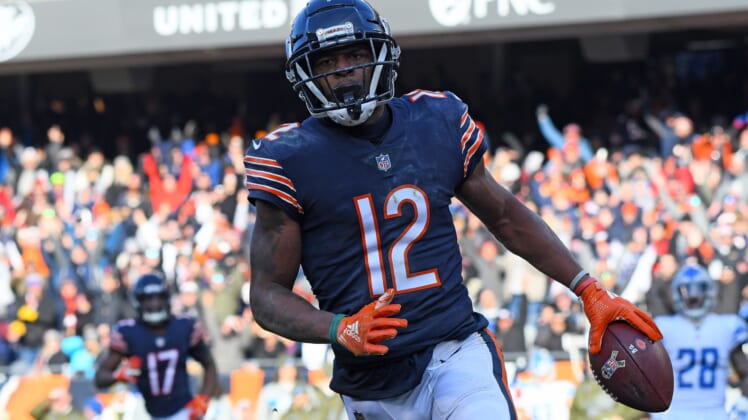 Chicago Bears general manager Ryan Pace has some serious decisions to make this offseason, and No. 1 receiver Allen Robinson is a massive priority for the organization.

Whether Robinson is hit with the franchise tag or somehow gets convinced to work out a long-term contract to remain in Chicago, Pace has expressed a strong desire to retain the premium playmaker.

In speaking publicly on Robinson’s future with the Bears as he prepares to hit free agency, Pace hinted that he might have to resort to the franchise tag as opposed to a lengthy, lucrative payday to keep him. However, Pace didn’t mince words when it came to his desire to retain the 27-year-old star, per Patrick Finley of the Chicago Sun-Times:

We have a ton of respect for Allen. We have to do what’s best for the Bears, too. […] We love Allen Robinson. He’s a great player for us…We want to keep our good players. And Allen is a good player for us.”

The team around Robinson will likely have more to do with whether or not he remains in the Windy City — namely how Pace and the personnel department go about addressing the all-important quarterback position.

Robinson hasn’t exactly enjoyed a line of world beater signal-callers to begin his NFL career. Unless the Bears find a legitimate superstar to lead the offense in 2021, there’s a real possibility Robinson will demand a trade even if Chicago uses the franchise tag on him in some capacity.

Should Allen Robinson give Chicago Bears one more year?

Considering draft bust Mitchell Trubisky and the maddeningly inconsistent Nick Foles threw him the ball all of last season, it’s mind-boggling that Robinson managed 102 receptions for 1,250 yards and six touchdowns.

Some will argue Robinson padded his stats in garbage time. While true to some extent, Chicago’s roller-coaster 2020 campaign meant it was involved in close games early amid a hot start, and then faced must-win situations and pulled through with three straight December victories. Robinson was the focal point of the passing attack in all those instances.

Pro Football Focus’ George Chahrouri highlighted just how bad Robinson’s QB situation has been in Jacksonville and with his latest team:

Despite the guarantee he’ll be the go-to option for an iconic franchise in a big market if he remains with the Bears, Robinson probably can’t stand to be on the receiving end on throws from Trubisky or Foles.

Neither of those field generals have been ruled out as 2021 options under center in Chicago, if only because Pace doesn’t have a clear, publicly disclosed plan as to how he’s going to address that problem area of the roster.

A blockbuster trade for Deshaun Watson or Russell Wilson is still possible, and the latter has named the Bears as a preferred landing spot among the reported four destinations he’d waive his no-trade clause for.

The only conceivable way Robinson would give the Bears another chance is if they either land Wilson or Watson — or make a massive trade to acquire a new, young QB in the 2021 NFL Draft. Picking all the way down at 20th overall doesn’t bode well for the Bears’ chances to land one of the premier prospects, though.

Even with Pace’s ringing endorsement and respect for Robinson, it’s really not looking good as far as a longstanding reunion between both sides. Pace made this bed by drafting Trubisky over the likes of Watson and Patrick Mahomes, and it’ll likely cost him both Robinson and his GM job, barring a miraculous QB trade.