Chicago Bears seal their fate with the signing of Andy Dalton 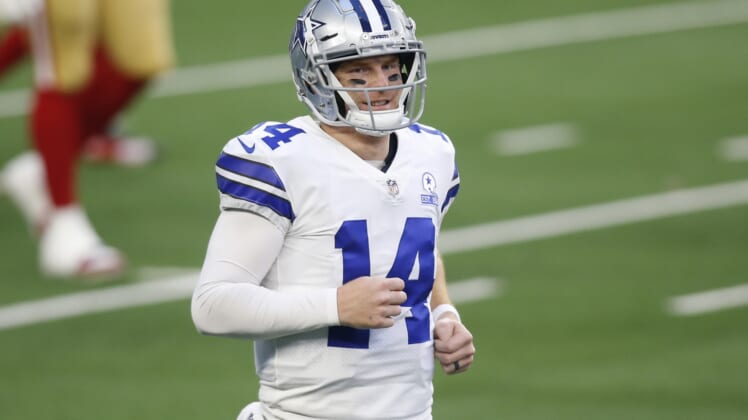 The Chicago Bears have been in on pretty much available quarterback reportedly on the trade market. Russell Wilson and Deshaun Watson come to mind first. Heck, general manager Ryan Pace made a play for Carson Wentz.

The end result? Chicago Bears fans will now likely be watching Nick Foles and Andy Dalton compete for the starting job during training camp this summer. That’s not in any way a typo.

According to ESPN’s Adam Schefter, Chicago has signed Dalton to a one-year, $10 million contract — a deal that could reach $13 million with incentives. Again, this is not a typo. Going from being in the mix for Wilson and Watson to signing a 33-year-old quarterback who is a half-decade removed from playing at a Pro Bowl level can’t be seen as a great thing for general manager Ryan Pace and head coach Matt Nagy.

There’s a major backstory here. Both Pace and Nagy were firmly on the hot seat throughout the 2020 NFL campaign before Mitchell Trubisky led Chicago on a late-season playoff run. Heck, there was even speculation after the Bears’ NFC Wildcard loss to the New Orleans Saints that the two could be fired.

Trubisky is the one common denominator here. Pace traded multiple selections to move up from the third pick to No. 2 overall in the 2017 NFL Draft with the San Francisco 49ers to select Trubisky.

One of those selections ended up being All-Pro linebacker Fred Warner. Meanwhile, the Bears took a wide-eyed Trubisky over the likes of Patrick Mahomes and Deshaun Watson. That could very well end up being the NFL’s equivalent taking Sam Bowie over Michael Jordan (read up on some of your NBA history if you don’t know that reference).

In an attempt to right that wrong, Pace and Nagy have apparently opted for a quarterback battle between Nick Foles and Andy Dalton to save their jobs. That couldn’t have been the plan once Chicago’s 2020 season came to an ugly end against New Orleans in January.

So, what is the plan for these Chicago Bears?

It’s somewhat shocking when looking at this from a broader perspective. We have absolutely no idea whether the Houston Texans are going to trade Deshaun Watson. They have pushed back against even discussing a deal with other teams. The Russell Wilson situation in Seattle could also very well be resolved with him returning to the Pacific Northwest in 2021.

But why not go for the grand slam rather than bunting with the bases loaded on a two-strike count and down by three runs? Yes, that’s a baseball reference.

Neither Andy Dalton nor Nick Foles are going to save this current Bears brass from themselves. Even the smallish chance of acquiring Watson or Wilson could have done that.

Sure the compensation would have been high. Heck, potentially historical. In no way should that have mattered to Pace or Nagy. They aren’t going to be around in the Windy City to see the draft picks sent out in a hypothetical trade flourish with the Bears.

Rather, the two have now simply decided to delay the inevitable. Whether it’s during the 2020 season or shortly thereafter, the duo will be jettisoned from Chicago quicker than a Green Bay Packers fan wearing a cheesehead hat at Timothy O’Toole’s. That’s the cost of quarterback purgatory in today’s NFL.