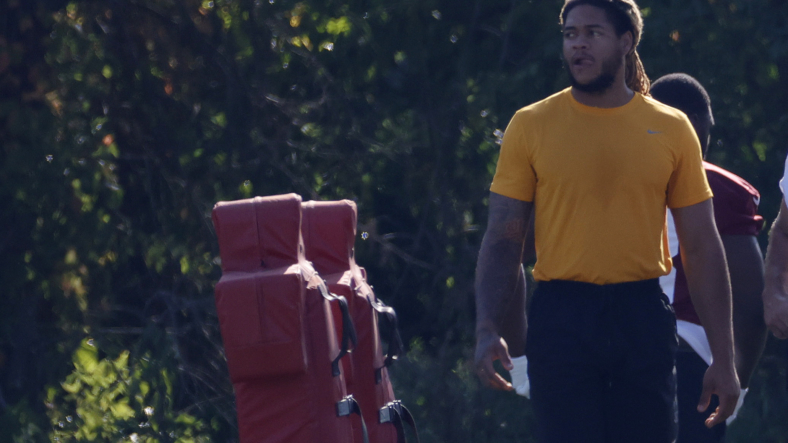 Washington Commanders star pass rusher Chase Young was placed on the phyiscially unable to perform (PUP) list to open the 2022 NFL season, meaning that he will miss at least the first four games.

The No. 2 overall pick of Washington back in 2020 suffered a torn ACL in Week 10 of last season and has not been able to return to 100% since. In fact, he was seen with a notable limp while attending Ohio State’s home game against Notre Dame this past weekend.

We now have some more information on this courtesy of NFL reporter Mike Jurecki. It’s not great. According to the report, Young went to Von Miller’s off-season pass-rushing camp and reaggravated his injury in the process. The Commanders are said to be unhappy about this development.

This latest report can’t be seen as a good thing. It also places into question Young’s availability after the first four games of the season. Said stretch opens Sunday against the Jacksonville Jaguars before Washington takes on the Detroit Lions, Philadelphia Eagles and Dallas Cowboys. This is a team-friendly early-season slate. But Young’s absence will have an impact.

The hope is that Montez Sweat, James Smith-Williams and Efe Obada can step up with Young out of action. As for the former Buckeyes’ standout, he was in the midst of a down sophomore campaign prior to suffering the torn ACL after racking up 12 QB hits and 7.5 sacks as a rookie.

Washington views itself as a legitimate playoff contender heading into the 2022 season. But with questions marks on offense, the team needs its defense to step up. It will also need Young to play at a high level once he does return to action.

For now, there seems to be drama brewing between the Commanders’ brass and their star edge rusher. It’s something to watch as the season gets going.