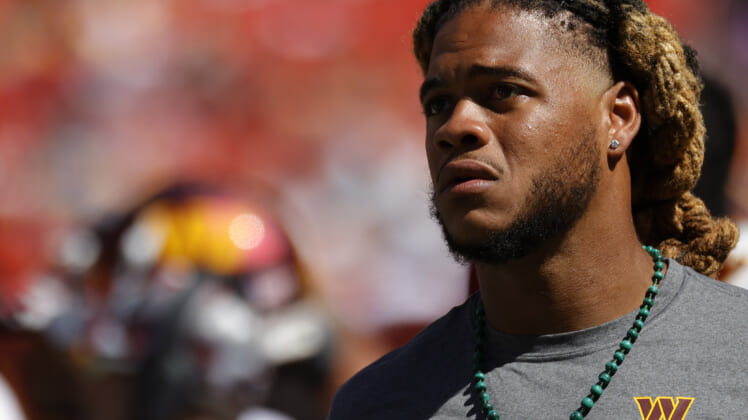 One-time Pro Bowler Chase Young will miss the first four games of the season after the Washington Commanders moved him to the reserve/physically unable to perform list on Tuesday.

Earlier today the Commanders officially announced that the organization has placed their top pass rusher, Chase Young, on the reserve/PUP list to start the season. Being included on such a list automatically means he will be out for the first four games of the regular season.

Commanders head coach Ron Rivera confirmed recently that Young was not expected to be available for the team’s season opener against the Jacksonville Jaguars on Sept. 11. The 2021 NFL defensive rookie of the year is recovering from an ACL tear he suffered last November.

Related: Commanders schedule: Preseason concludes with a visit to Baltimore on Aug. 27

“It was a pretty extensive repair, those just take time and patience, Rivera told 106.7 The Fan in July. “Last year, we might have pushed Curtis [Samuel] too much. So this year, what we’ve done, we’ve backed up, looked at everybody, and said, ‘Hey, we know there is a timeframe that you say look, OK, this is when we’ll get this guy back.’ But we’ve got to be really careful with this one just because of who he is for us. Shoot, he’s a first-round pick that can be an impact player. He did, showing us what he could do his rookie year.”

What Chase Young news means for the Washington Commanders

For the Commanders, this news will come as no surprise. All indications over the last few weeks suggested the star edge rusher was unlikely to be ready for the team’s first few games of the season. Chances are they have been planning throughout camp with the understanding that the pass rush responsibilities to start the season will fall squarely on Jonathan Allen — with some help from the likes of Montez Sweat.

However you slice it, Young not being available severely hampers the Commanders pass rush, and defense overall. But, as Rivera mentioned in his comments, rushing him back would be far worse for the team long-term. It’s better to patch things together and get the second overall pick in the 2020 NFL draft back as healthy as possible and ready to make an impact immediately. 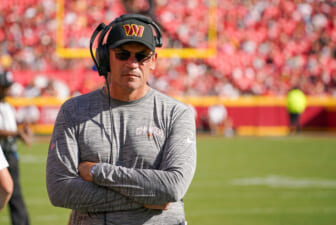 Also Read:
3 moves the Washington Commanders could still make ahead of Week 1

By moving Young to the reserve/PUP list, it means he does not count against the Commanders’ 80-man roster. NFL teams must cut down to 80 players by 4 PM ET today.