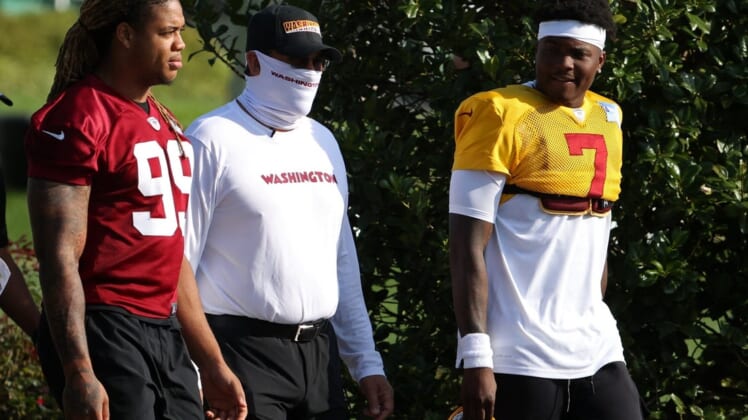 Young is recovering from a torn ACL, and the team wants to be cautious bringing him back due to the severity of the injury.

“Unfortunately, because of the injury, it’s a different injury than (tight end Logan Thomas’), a little more severe, he’s probably going to miss a little bit of time,” Rivera said in a radio interview with 106.7 The Fan. “But again, as he gets better and better and healthier and healthier… Chase and I had a conversation, and I said, ‘Look, don’t push yourself. This is not just about this season, but it’s also about the future. We didn’t draft you to come in and not be here eight, nine, 10, 12 years, whatever it is. We drafted you to be a big part of what we do.'”

The former No. 2 overall pick and NFL Defensive Rookie of the Year is a candidate to be placed on injured reserve to start the season, which would require him to miss the first four games.

“It was a pretty extensive repair, those just take time and patience,” Rivera said of Young. “Last year, we might have pushed Curtis too much. So this year, what we’ve done, we’ve backed up, looked at everybody, and said, ‘Hey, we know there is a timeframe that you say look, OK, this is when we’ll get this guy back.’ But we’ve got to be really careful with this one just because of who he is for us. Shoot, he’s a first-round pick that can be an impact player. He did, showing us what he could do his rookie year.”