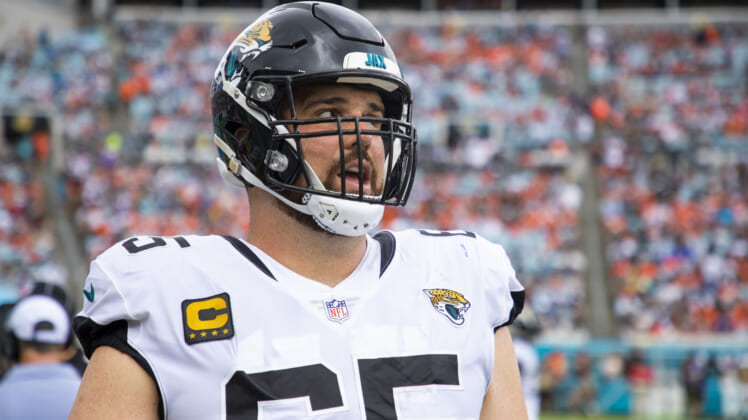 Jacksonville Jaguars center Brandon Linder is retiring after eight seasons, becoming the latest NFL player to walk away from football earlier than many expected.

Linder, selected with the 93rd pick in the 2014 NFL Draft, became a starter for the Jaguars as a rookie in 2014. He played in 15 games at right guard, later transitioning to center in 2016.

In a post on Instagram, the Jaguars’ 6-foot-6 lineman thanked the city, coaches, team and fans for all their support throughout his NFL career.

According to Spotrac, Linder earned $44.518 million across his career. He will forego a $9 million salary by retiring before the 2022 NFL season. He will remain in Jacksonville following his retirement.

“Eight years ago, you welcomed me like a family member and have continued to support me unconditionally. I have grown to love this city, where I have put down roots with my family, made lifelong friends, and cultivated my passion for the outdoors. After much reflection, I have realized that the man I currently aspire to be is no longer aligning with the person I must become to play this game. It is at this time that I have decided to close this chapter of my life and retire from the NFL.”

With a new hole suddenly opened on the offensive line, the Jaguars must now find a reliable center either through free agency or in the upcoming 2022 NFL Draft.