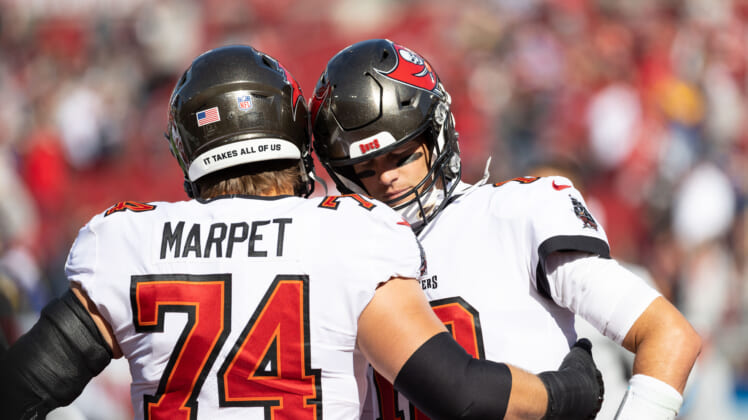 When the Tampa Bay Buccaneers selected guard Ali Marpet in the second round of the 2015 NFL Draft, the team couldn’t have envisioned that he’d end up being one of the best players at his position in the league.

Coming off his first ever Pro Bowl appearance, the former Hobart star has now shockingly announced his retirement.

Marpet sent out a post on Instagram Sunday afternoon announcing that he’s stepping away from the game at the young age of 28 and after just seven seasons.

“After seven formidable years with the Tampa Bay Buccaneers, I’ve come to the decision to retire from the game that has given me so much. This organization and the people surrounding it have helped not only fulfill a dream, but also helped build me into the person I am today. I’ve made Tampa Bay my home and I look forward to serving this community in the coming years. To the coaches and teammates, family and friends, an Instagram post simply can’t express the profound impact you’ve had on me. I’m eternally grateful. Thank you Tampa Bay.”

To say that this is surprising would be an understatement. Marpet is currently playing under a five-year, $54.13 million contract he signed with Tampa Bay back in October of 2018. He was slated to earn a base salary of $10 million in 2022.

Over the course of his seven-year NFL career, Marpet started all 101 games in which he’s appeared. That includes 16 starts four different times.

According to Pro Football Focus, Marpet graded out as the seventh-best guard in the entire NFL a season ago. With him now calling it quits, the Buccaneers will need to find a replacement either via free agency or the 2022 NFL Draft.

By virtue of his retirement, Tampa Bay does save $10 million against the 2022 NFL salary cap. The team is now roughly $17 million under the cap.