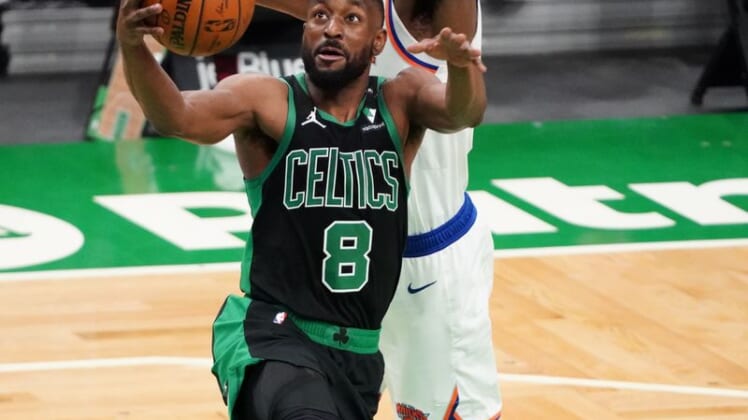 It was just Friday night that Kemba Walker and the Boston Celtics fell to 13-12 on the season following a loss to then conference-worst Detroit Pistons.

Some might want to have given Boston a mulligan for that defeat given that the team was coming off a game the previous night and was facing a rested squad.

The same can’t be said Sunday evening. Boston followed that loss up with a brutal 104-91 loss to the hapless Washington Wizards. Boston is now 13-13 on the campaign, its worst mark this late in a season in six years. The Celtics have also lost 10 of 15 since an 8-3 start to the campaign. Following Sunday’s loss, Walker was having none of it.

“(We) just need to play harder. That’s it. We’re not playing hard. We’re not playing as hard as we know we can,” Walker told reporters, via ESPN’s Tim Bontemps. “When you play hard, great things happen. And right now, it just hasn’t been consistent, our play. So like I said, we’re going to continue to watch film and learn from our mistakes and get better.”

Walker matched Jaylen Brown for the team-high in points on Sunday with 25. Every other member of the Boston Celtics combined for a mere 41. Losing against a Wizards team that entered the game with a 6-17 record obviously led to frustration on the part of Walker.

Pressure is going to mount pretty quickly for Celtics general manager Danny Ainge to pull off an impactful deal ahead of the March 25 NBA trade deadline.

Rumors have persisted that Boston is looking to make a notable trade. However, Ainge noted in the recent past that it makes sense to wait it out instead of pulling off a premature trade.

The good news here is that Boston is only two games back from a top-three seed in what has been a mediocre Eastern Conference this season. The team could potentially wait to see if its core group can get things together before making a trade.