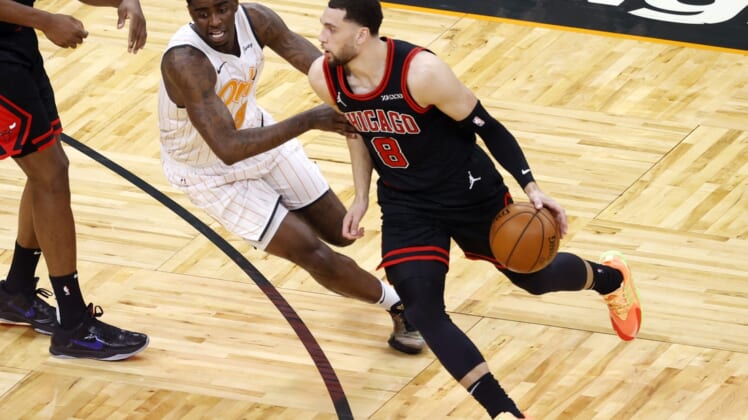 NBA rumors continue to link the Boston Celtics to a trade ahead of the March 25 deadline. There’s a pretty good reason for this. General manager Danny Ainge wants to upgrade a roster that has gotten off to a slow 12-10 start to the season.

Boston has two stars in that of Jaylen Brown and Jayson Tatum. However, injury issues relating to Kemba Walker and the departure of Gordon Hayward in free agency has left this roster relatively thing.

We now have more information regarding the Celtics and a potential trade here in the next few weeks.

“Late Saturday evening, I received a flurry of texts from multiple executives around the league who said the Celtics were up to something,” Kevin O’Connor of The Ringer noted on Monday. “What they’re up to is unclear, but league sources have long said Boston is searching for upgrades to bolster its wing and big man position.”

Ainge made it clear earlier this season that he’s looking to upgrade the Celtics’ roster. However, the longtime front office head also noted that it could come closer to the March 25 NBA trade deadline because he doesn’t want to waste assets on a player when someone better could become available. That makes perfect sense.

In his report, O’Connor noted that the Celtics are looking for big man help and more depth out on the wing. He also mentioned that free-agent signing Tristan Thompson can now be traded. That’s a $9.3 million asset right there.

Boston boasts a $28.5 million exception stemming from the Gordon Hayward sign-and-trade with the Charlotte Hornets. It also has a full allotment of first-round picks moving forward.

NBA rumors have linked wings such as DeMar DeRozan and Zach LaVine to trades ahead of the deadline. In terms of potential bigs, LaMarcus Aldridge, Blake Griffin and Andre Drummond could also become available.

It will be interesting to see what the Celtics do moving forward. What we do know is that their sluggish start to the 2020-21 season could force Ainge’s hand here soon.