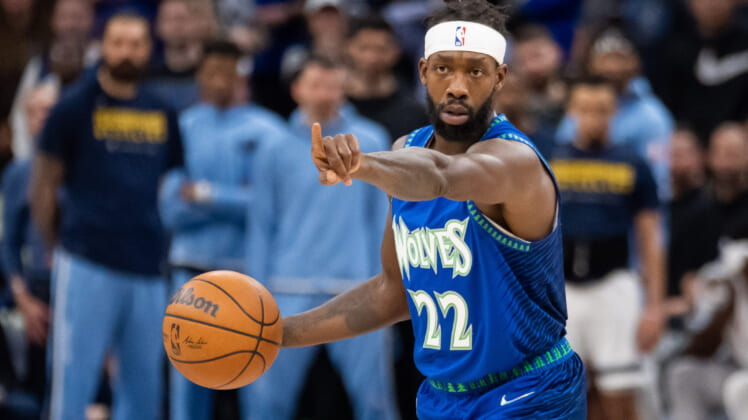 Patrick Beverley is the type of player who every team in the NBA could use. A defensive-first point guard with a high IQ, who can also space the floor and hit threes, Beverley is a starting-caliber talent, but he plays just as well off the bench. After joining the Minnesota Timberwolves for one season, he played a major role in changing the culture, helping lead his squad to the playoffs.

But Pat Bev was moved to the Utah Jazz in the massive Rudy Gobert blockbuster, and they’re currently not a team that seems primed to contend. This is likely an issue for Beverley, who, at 33 years old, is still looking for his first NBA Championship ring.

With just one year left on his contract, Beverley is a prime candidate to be bought out of his contract, which would make him an unrestricted free agent, able to sign with any team aside from the Jazz and the Wolves. Jumping the gun a bit here, if Bev is bought out, here are five of the most ideal landing spots for the defensive menace.

Patrick Beverley is a strong fit for the 76ers

Philadelphia 76ers head coach Doc Rivers is already familiar with Pat Bev, from their two years together on the Los Angeles Clippers from 2018 to 2019. They made it to the playoffs both years and could look to do the same in Philly.

Beverley is a great fit almost anywhere, but especially so with the Sixers. Whether he’s paired with James Harden, helping offset the Beard’s defensive liabilities, or paired with Tyrese Maxey, Shake Milton, or Matisse Thybulle, Beverley would be a great complementary piece. Joel Embiid would also love Pat Bev like many others in the basketball community. Their inner ‘dog’ would instantly make them best friends. The Sixers need more dogs.

Patrick Beverley heads back LA, but with Lakers

This is entirely contingent upon the Lakers trading Russell Westbrook, as the two characters just would not work on the same team together. Beverley stated in March that Westbrook “damaged his career“. I don’t think the Lakers are looking to mend those fences, but if Westy’s traded? Boom.

LeBron James needs a whole team full of players like Beverley. Two-way players who don’t need the ball to be effective, yet when called upon, they deliver. Beverley has 65 games of playoff experience and he’s not afraid of the limelight. He’s been fine in L.A. before from his four seasons with the Clippers and if the Lakers put together a playoff roster, I’m sure Beverley would love to be a part of their team.

Could you imagine Draymond Green and Patrick Beverley on the same team? Or better yet, in the same locker room? Me either, but I really want to see it. Aside from both being arguably some of the best defenders/trolls in basketball, they also are developing quite the off-court reputation for having some hot takes. They could form their own podcast and likely be an instant hit.

On the court? Well, if Bev really wants to win, what better than joining the defending champs? Beverley and Curry in the backcourt seems perfect, though it wouldn’t be all the time. Even next to Klay Thompson, still a great fit.

That’s a fearful five on both ends of the floor. Of course, it would have its drawbacks, it’s not one that would work against bigger lineups, but it features shooting and defense on all levels. Could be fun.

I’m not even a Mavericks fan, but I really want to see Luka Doncic get some help in the backcourt. Losing Jalen Brunson is likely only going to put the ball in Doncic’s hands even more, tiring him out even further on the defensive side. This is where Beverley can be the hero, guarding the opponent’s best guard while being able to take some of the offensive ball-handling/distribution duties away from Doncic.

They can play alongside each other or spell one another, it doesn’t matter. Either way, the Mavs need another backcourt defender who’s also a threat to score. That’s Beverley.

Will the Miami Heat come get Patrick Beverley? I don’t know, but it’s a question even the player himself openly wondered on ESPN, and that was before he was traded. Whether he was having premonitions or trying to speak it into existence remains to be seen, but if we’re talking about a player who would be a perfect fit for the Heat culture, look no further. Beverley is that man.

Similar to the Draymond/Warriors fit, could you imagine Beverley with Jimmy Butler? Tom Thibodeau probably just shed a tear for not being able to make it happen himself. Beverley and Butler are similarly-styled leaders who leave it all on the floor. No one can question their want-to or their drive. Beverley could likely supplant Kyle Lowry as the starter, but even if he came off the bench, the Heat would have a pair of bullies in the backcourt, making them a tough opponent on a nightly basis.