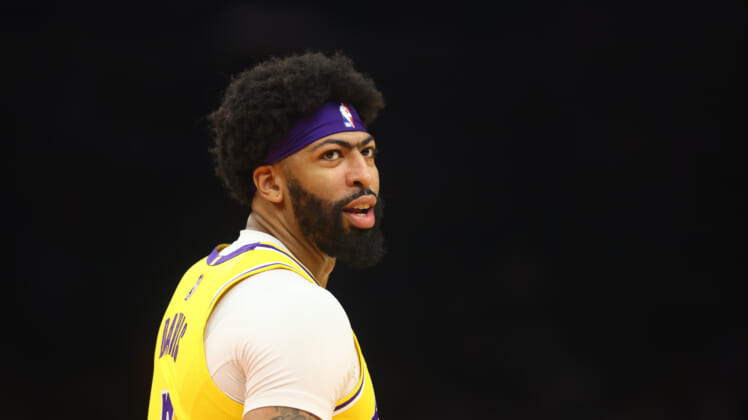 Los Angeles Lakers general manager Rob Pelinka believes the team will head into next season with a chip on their shoulder, and that Anthony Davis will lead the way back to prominence on the heels of his best offseason yet.

Simply put, 2021-2022 was a disastrous year for the Lakers. The team was a favorite to reach the NBA finals on the fact that they were fronted by a three-headed superstar monster in Lebron James, Davis, and new acquisition Russell Westbrook. However, injuries led to the trio playing too few games together and they finished the season with a dreadful 33-49 record.

While a lot of blame for the team’s woes last year has been heaped on Westbrook and his poor play, the real reason the team couldn’t even reach the NBA play-in tournament was the fact that Davis missed half of the season. Wrist, knee, and ankle injuries limited the eight-time All-Star to just 40 games.

Unfortunately, missing games has been as consistent during the 29-year-old’s career as averaging 20 or more points a game. However, it seems that letting the team down and missing so much time in 2021-2022 has led to Davis putting in some serious work to take his body to another level this summer.

In an interview with ESPN during the team’s Friday summer league game, Lakers GM Rob Pelinka revealed Davis has been highly motivated this summer and that he and his teammates have something to prove in 2022-2023.

Beyond the COVID-19 pandemic shortened season two years ago, Davis competed in the fewest games he’s ever played in a season in 2021-2022. It was also the first season where he did not earn All-Star honors since his rookie year a decade ago.