Alex Smith isn't mincing words amid his well-earned NFL retirement. Check out what he said about the standoff between Aaron Rodgers and the Green Bay Packers.

Alex Smith knows what it’s like to have a younger quarterback drafted to take his spot, and Aaron Rodgers even began his NFL career that way as the eventual successor to Brett Favre.

But Smith spoke out Wednesday about how the Green Bay Packers have treated Rodgers, and he pulled no punches in discussing how horribly the Pack have mismanaged the situation around the reigning NFL MVP.

In an interview with Fox Sports personality Colin Cowherd, Smith stated that Green Bay’s treatment of Rodgers was “inexcusable” and that the Packers’ decision to draft Jordan Love was handled in drastically different fashion from how the Kansas City Chiefs kept him in the loop before they traded up for Patrick Mahomes.

“It’s inexcusable…how they ever got to this point. Aaron’s been there 16 years, what he’s given to that organization. […] To what happened last year during the draft, it’s about the people.

[…] You go from potentially thinking you may be taking a receiver, you’re thinking you’re a move away from the Super Bowl. And then blindsided with the pick? I just don’t understand how an organization — how you haven’t addressed that beforehand when you make a move like that. […] That’s not the way you run a business. […] You don’t make sure everybody’s on the same page and feeling good about that?”

When asked if the Chiefs gave him a heads up about the fact that they may draft Mahomes, Smith unequivocally said that he was told “multiple times” throughout the draft process by Kansas City that drafting a quarterback was a possibility (Time stamp: 16:38). 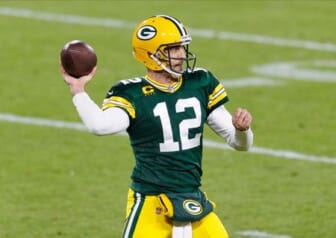 And wouldn’t you know it? Smith played at an extremely high level in his final season with the Chiefs. He was so good that the extraordinarily talented Mahomes was relegated to the sideline until a Week 17 start. Mahomes proceeded to win MVP honors the next year, and a Super Bowl MVP the season after that.

The obvious peace of mind Smith had about Mahomes’ arrival was largely thanks to Kansas City keeping an open line of communication about its plans. In other words, the complete opposite of how the Packers kept Rodgers in the dark about their intentions prior to moving up in the draft for Love.

It may seem like a minor gesture or a courtesy Green Bay wasn’t required to extend to Rodgers so as not to set a precedent of overly preferential treatment. However, based on Smith’s extreme reaction to the situation, it becomes obvious that the Packers are the ones in the wrong here.

If anyone knows about the proper time to go public with complaints, it’s Smith. He never really did, so it speaks volumes that he’s so vocally supportive of Rodgers’ plight with the Packers — and should get many off of the reigning MVP’s case for being too much of a so-called “diva.”

Seriously, it’s impossible to overstate the class act Smith was throughout his NFL career, but let’s review. 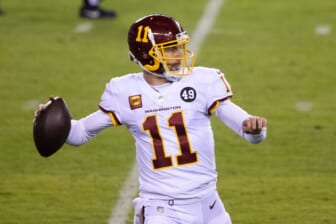 Even before he showed incredible resolve, determination and managed to keep his head held high even when the Washington Football Team didn’t want him to play in 2020, Smith was humbly earning his opportunities at every stop along the way.

Smith was the No. 1 overall pick in the same 2005 where Rodgers infamously fell to the Packers. After years of dysfunction with the San Francisco 49ers and constant turnover, Jim Harbaugh’s arrival as coach saw Smith finally shine and lead the historic franchise to an NFC title game.

An untimely injury amid that renaissance thrust Colin Kaepernick into the lineup, which ultimately caused the Niners to trade Smith to Kansas City.

In five seasons with the Chiefs, Smith compiled a 50-26 record as a starter, leading the team to the playoffs each year. Then it was time for Mahomes’ arrival, and he just so happened to be one of the most talented players in NFL history.