Aaron Rodgers may have just confirmed he won't be in a Green Bay Packers uniform in 2021. Check out his latest comments about the organization.

Green Bay Packers quarterback Aaron Rodgers spoke out publicly about his situation with the franchise and said the front office essentially doesn’t go about its business in the proper way.

In a SportsCenter interview, per ESPN’s Rob Demovsky, Rodgers stated he had no ill will toward Jordan Love or any of his teammates, but implied that he has issues with Packers general manager Brian Gutekunst and how the front office handled the Love draft pick among other moves:

This seems to be the paradigm Gutekunst and the front office believe in — or at the very least, it’s how Green Bay seems to go about addressing roster needs. 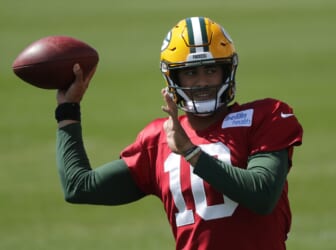 Whatever issues the Bulls had with Krause, at least they ultimately delivered banners in the rafters of United Center. If Rodgers gets away in a trade this offseason, or just doesn’t play in 2021 and leaves the Packers next season, the franchise will have only one Super Bowl to show for Rodgers’ entire 16-year tenure.

That’s really bad. Gutekunst and his predecessors just haven’t done enough in Rodgers’ time under center to consistently compete for championships. Similarly, they only got one Super Bowl out of Brett Favre’s heyday.

The whole “organizations, not players” paradigm is written all over the Packers’ culture, and that’s probably the “philosophy” Rodgers hinted at. They build their roster almost exclusively through the draft, or even undrafted free agents. They rarely spend for outside, established talent on the open market, and even have a hard time paying their own players.

Such reluctance and conservatism runs counter to what many of the other contenders are doing these days. The Los Angeles Rams have sacrificed multiple first-round picks in recent years to land established veteran players. The Kansas City Chiefs transformed and vastly upgraded their offensive line this offseason. The Tampa Bay Buccaneers won Super Bowl LV largely by going all-in to win with Tom Brady under center.

You don’t see Green Bay ever doing any of this stuff. Gutekunst also failed to inform Rodgers that the team was drafting Love. A simple courtesy phone call probably would’ve done the trick.

Not only are the Packers tone-deaf when it comes to modern personnel moves. They’re also incompetent when it comes to dealing with their players, especially their far-and-away most important one in Rodgers. 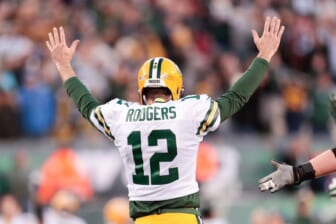 Aaron Rodgers needs to get out of Green Bay

Someone with Rodgers’ talent deserves to be with an organization that isn’t stuck in the 20th century.

Any front office worth their salt would recognize that the price to pay for a Rodgers trade would be well worth it. Revenue for that franchise would boom, free agents would come flocking to play with him, and buzz around the team would go through the roof.

Rodgers is good enough to put even a mediocre team on his back and get them deep into the playoffs. If Love does happen to be a great player, he probably won’t be on Rodgers’ level, and Green Bay can continue being on the doorstep of winning a Super Bowl, but not quite getting there. If that’s as far as the Packers want to continue to go, that’s what they’ll get.

In the meantime, Rodgers should move on. Just about any team could justify trading for him. Rodgers should have about four great years left at least, considering he just won NFL MVP honors. However many future assets it costs to land him, a trade suitor should step up in due time and make an offer the Packers can’t refuse.

Then again, Gutekunst and Green Bay’s brass seem to pride themselves so much on being the smartest people in the room that they can’t accept reality — that being Rodgers wants out, and they can actually set themselves up well to break their holding pattern of close-but-not-quite apex achievement.

Trading Rodgers would free up lots of cap space, give the Packers the draft picks they desperately covet, and provide flexibility to build around Love while he’s on a rookie contract. The big kicker is whether or not Love can play, which is a huge unknown, but hey, Green Bay seemed to think so by trading up for him, so it’s time to find out. Clinging to Rodgers at this point isn’t good for anyone involved.