10 NFL stars next in line to break the bank

The end of the 2018 preseason has doubled as extension season for many of the NFL’s best.

Another is reportedly incoming for Los Angeles Rams defensive tackle Aaron Donald. Seeing that, we can’t help but ask a simple question. Who’s next?

On the offensive side of the ball, we can certainly look to players like Le’Veon Bell and Julio Jones. But there are certainly others, including a pair of quarterbacks.

On defense, pass rushers like Vic Beasley, Khalil Mack, and Jadeveon Clowney look to be in line. But like their offensive counterparts, they’re not alone.

Plenty of NFL players have already signed big contract extensions. These players are the most likely to be following in their footsteps in the near future.

Whether he’s running the ball or catching passes out of the backfield, Bell is one of the NFL’s most dangerous offensive weapons. He’s also been locked in a long contract dispute with the Steelers, holding out for much of training camp in 2017 and 2018, the latter of which is still ongoing. So, don’t expect Bell to be taking any discounts when he does finally sign a big deal. We don’t necessarily know when it will happen, nor do we even know with whom Bell will eventually sign. But there’s absolutely no doubt that sooner or later, Bell will cash in.

While no extension has been reached, there have been rumblings that one might be coming. That’s not surprising. We finally saw Clowney for 16 games in 2017 and what a year he had. He was in on 41 tackles, recorded 9.5 sacks, and forced two fumbles. This was despite playing on a defense that was often beaten up, making stopping him the other team’s obvious No. 1 plan. J.J. Watt and Whitney Mercilus being back will only open the door for an even bigger season. That’s a great situation for a man who’s a free agent at the end of the year. That figures to lead to a massive deal for the elite pass-rusher.

Jones’ dissatisfaction with his contract known for a while. And while the contract has been reworked, it’s not much more than kicking the can down the road. Jones is older than Beckham, so the long-term guarantee might not be there. But in four seasons since returning from the injury that cost him most of the 2013 season, Jones has never caught fewer than 83 passes for 1,409 yards. And while Jones isn’t as young as Beckham, he’s only 29 and has shown no signs of slowing down. When the time to put pen to paper finally comes, Jones will be making a lot of money. 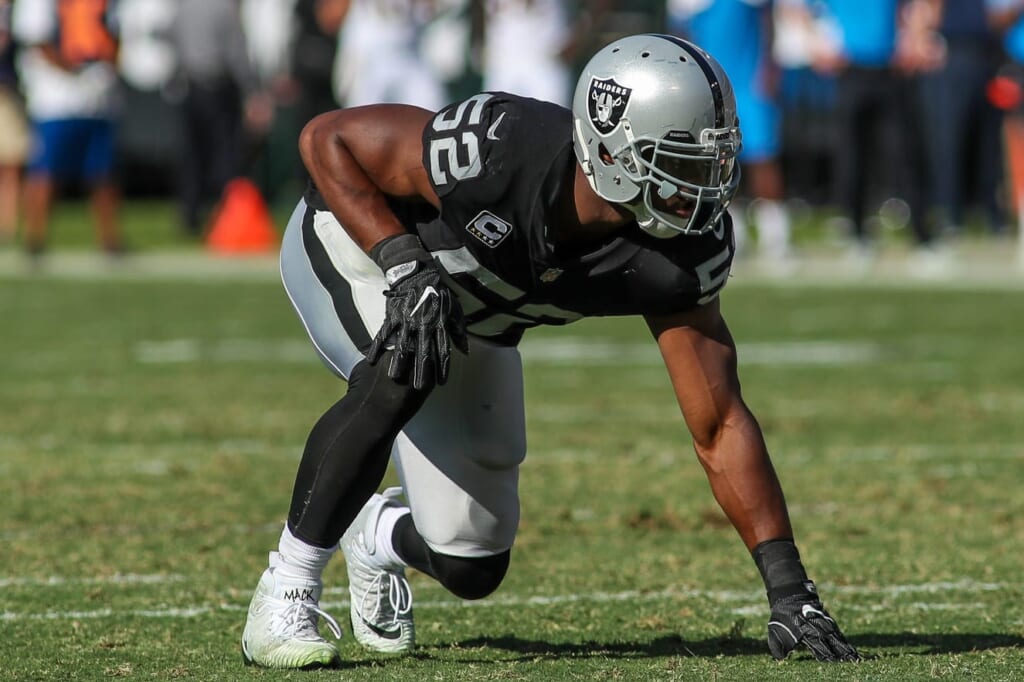 It seems that the relationship between Mack and new coach Jon Gruden isn’t destined to be a long one. That’s fine. There are 31 other teams in the league, plenty of whom would bend over backwards to get a guy like Mack. This is a guy who’s earned All-Pro honors at two positions in the same season. Over the last three years, Mack has recorded 36.5 sacks. That included 10.5 in 2017, when he was the clear focus of every offensive line the Raiders faced. If Gruden and the Raiders won’t lock him up to a big contract, another team will.

Cam Newton is a former league MVP and has a value to the Panthers that’s difficult, if not impossible to measure. He’ll make $21.5 million in 2018. Matthew Stafford, who’s never won a playoff game, will make $26.5 million. Jimmy Garoppolo, who’s started seven NFL games, will make $37 million in 2018. There’s a possible out in his contract after 2018, even though there are two more years on Newton’s deal. Seeing all of the deals that other quarterbacks (often with far lesser achievements) have signed, it only seems right that Newton will get a contract that better reflects his value in the near future.

Make no mistake, Hogan’s not going to sign anything close to the kind of contract that Beckham signed, or that Jones will sign. He’s not that kind of receiver. But Hogan is making only $3 million in 2018 and is an unrestricted free agent at season’s end. The timing of his contract year couldn’t be better. Danny Amendola and Brandin Cooks are gone. And while Julian Edelman is suspended for four games, Hogan will clearly be Tom Brady’s No. 2 option behind Rob Gronkowski. Look for Hogan to put up the kind of stats that will make him a highly sought-after target in the offseason, if he makes it that far.

Beasley will definitely get a big raise after 2018. The Falcons picked up his fifth-year option, so he’ll go from $705,000 in 2018 to $12.8 million in 2019. But even beyond that, we’re liking Beasley’s chances of getting a big, long-term deal. Beasley one year removed from a year in which he recorded 15.5 sacks. And while 2017 wasn’t as good, he did tack on another five sacks in an injury-riddled season. Finally, Beasley is also only 26. So, there’s plenty of long-term viability with him. 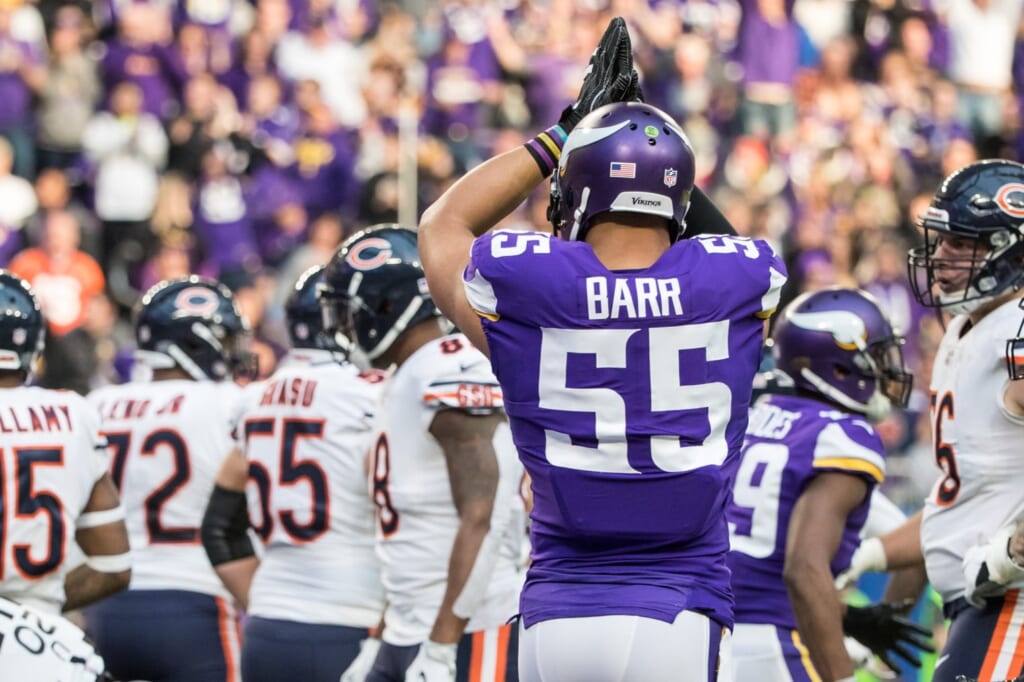 Barr doesn’t necessarily have one skill that stands out. But he’s very good at everything a linebacker needs to do. He can rush the passer, defend the pass, and defend the run. Having a Swiss Army Knife like that is quite needed in the modern game, with offenses getting more and more complex. Playing on a defense that should be one of the best in the NFL, Barr will have plenty of chances to make an impact in 2018. That will make him a well-paid man when he’s an unrestricted free agent at the end of the year.

Coming off of a rather disappointing season, Cooper might not seem like a “break-the-bank” candidate. But let’s look at it this way. Cooper missed two games and struggled through injuries for a team that was a mess. Yet he still caught 48 passes for 680 yards with a career-high seven touchdowns. He’s a prime bounce-back candidate. And with his contract set to expire after the 2019 season, Cooper is also a prime candidate for an extension. His contract likely won’t match Beckham’s. But Cooper is certainly in line to get big money.

Wilson will make just a shade under $23.8 million in 2018. As we’ve already detailed with Newton, plenty of quarterbacks of significantly lesser achievement are making quite a bit more. And really, the Seahawks owe Wilson. This is a team that’s gone bargain hunting at pretty much every position, especially on the offensive line (and it’s showed). Oftentimes over the last two years, Seattle’s offense has been the Russell Wilson show. It’s had to be. With an out after 2018 and one year remaining after that, the Seahawks really need to pay their franchise quarterback what he’s worth.