Season-ending surgery for stud pass rusher Yannick Ngakoue is the latest development in an Indianapolis Colts season that has been a disaster.

The Colts entered the 2022 season with some high hopes. They were coming off a very solid showing in 2021 and seemingly rectified their quarterback issues by trading off Carson Wentz and bringing in four-time Pro Bowler Matt Ryan. However, very little has gone right for Indianapolis this season.

Ryan had a terrible year and was benched on two occasions. Head coach Frank Reich was fired midseason and his replacement, former ESPN analyst Jeff Saturday, was even worse. To add insult to injury, the team was on the wrong end of the biggest comeback in NFL history against the Vikings in Week 15.

However, one bright spot in their 4-10-1 year has been the defense. The unit has been solid and often kept them in games they didn’t deserve to be in. A leader of that 2022 group was free agent addition Yannick Ngakoue. Unfortunately, the Colts will now be without their top pass rusher for the rest of the season.

On Saturday, NFL Network league insider Ian Rapoport broke the news that an injury Ngakoue suffered in Week 16 will end his season with two games left.

“The Colts have placed DE Yannick Ngakoue on IR, ending his season with two games to go. He suffered a throat injury,” Rapoport wrote on Twitter. Following the report, Colts beat writer Mike Chappell added that Ngakoue “was hit in throat during Chargers game and it worsened during week. Will require a ‘procedure’.” 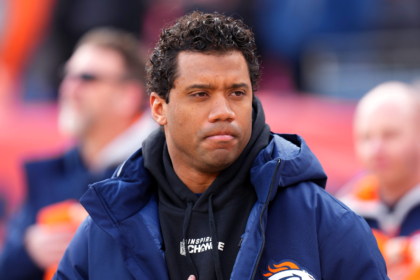 Yannick Ngakoue was having another strong season with a team-leading 9.5 sacks and 29 tackles. He was 2.5 sacks away from matching his career-best of 12, set in a Pro Bowl season for the Jacksonville Jaguars in 2017.

The Colts battle the playoff-contender New York Giants on Sunday at 1 PM ET.