While there have been many rumors swirling about a growing rift between Denver Broncos players and starting quarterback Russell Wilson, the team’s new interim head coach Jerry Rosburg claims the speculation is pure “crap.”

It has been a nightmarish 2022 campaign for the Broncos and Wilson. The team and the Hall-of-Fame bound quarterback they acquired in the offseason were expected to form a relationship that would bring them back to NFL prominence. However, the results this season have been exactly the opposite.

Denver heads into Week 17 with a 4-11 record, which is the third worst in the NFL, and Wilson is having the worst season of his career. He has a career-low 12 touchdowns, and his passer and QB rating has never been worse during his storied 11-year career.

Related: Broncos great alleges Russell Wilson has ticked a lot of people off with his attitude

The Broncos’ performance this season — especially on offense — even led to the firing of head coach Nathaniel Hackett after just 15 games in the role. What has made matters worse, is the talk throughout the NFL that Denver Broncos players and Wilson are not on the same page, and that many resent the favorable treatment he has received from the organization.

However, the team’s interim head coach Jerry Rosburg claims the rumors about the locker room divide are nonsense.

Earlier this week, Broncos great Shannon Sharpe claimed that Wilson “ticked off” many of his teammates with his attitude and the unusual perks he was given in the massive five-year extension he received from the team. However, over the last day, several players on the team have publicly defended their starting QB.

The latest member of the organization trying to attempt to diffuse the negative talk was their interim head coach on Friday. 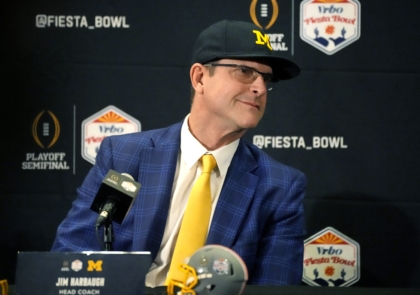 The Denver Broncos return to action Sunday on the road in a very difficult matchup with the division and conference-leading Kansas City Chiefs at 1 PM ET on CBS.