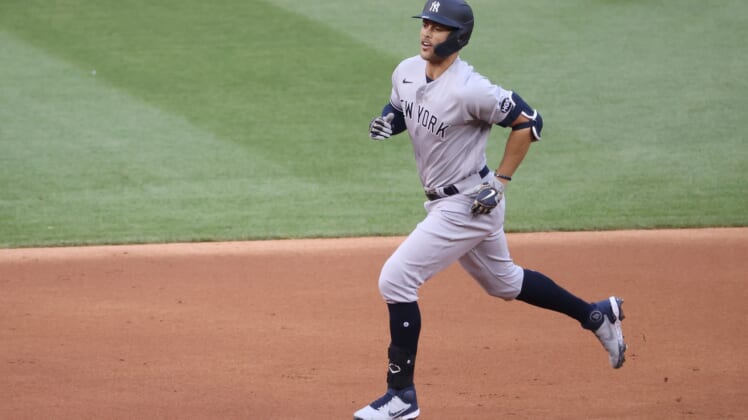 The New York Yankees are off to a pretty good start to the truncated 2020 season. They enter Tuesday’s game against the Atlanta Braves with a 10-6 record and in first place in the American League East.

Yankees say Giancarlo Stanton could miss up to a month

This is obviously bad news for the Pinstripes. Stanton, 30, played in just 18 games a season ago. Missing a month of action in 2020 will pretty much force him from another 35%-plus of the 60-game season.

Stanton had gotten off to a strong start, hitting .293 with three homers, seven RBI and a whopping 1.038 OPS in 14 games before being placed on the injured list this past weekend.

With Stanton sidelined, the expectation is that this 25-year-old outfielder will see substantial action. Frazier was called up from the Yankees’ alternate site on Tuesday.

Acquired in the blockbuster Andrew Miller trade with Cleveland back in 2016, Frazier had been one of the Yankees’ top prospects. He’ll now have an extended opportunity to prove his worth in the Bronx.