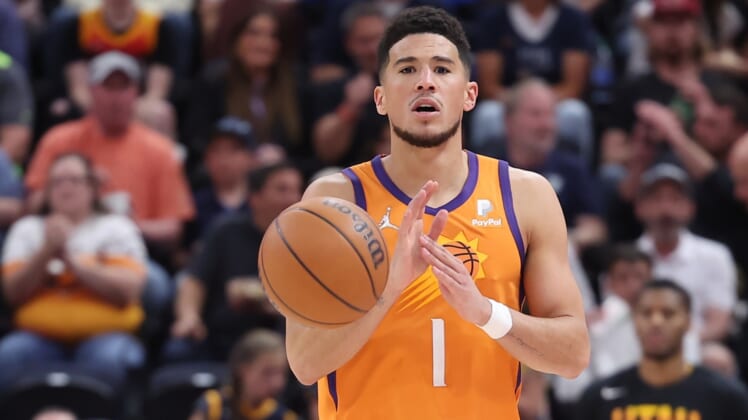 The Golden State Warriors emerged as the title favorites Wednesday on FanDuel in the aftermath of the injury to Phoenix Suns guard Devin Booker.

Booker suffered a hamstring injury in Tuesday’s Game 2 loss at home to the New Orleans Pelicans. The best-of-seven series shifts to New Orleans tied 1-1. Booker is expected to miss Games 3 and 4.

The Golden State Warriors have a 2-0 lead in their first-round series against the Denver Nuggets. Golden State won the games by an average of 18 points.

The Warriors and Suns are both 7/2 to win the title at the Las Vegas SuperBook. The Bucks are 4/1.