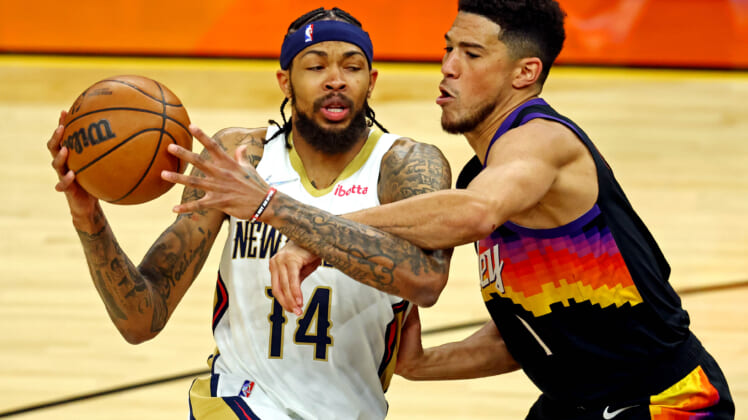 The New Orleans Pelicans’ shocking run to the 2022 NBA Playoffs took another turn Tuesday evening against the NBA-best Phoenix Suns.

Down 1-0 in the first-round playoff series after a blowout Game 1 loss, New Orleans put up a shocking performance. With a Devin Booker third quarter hamstring injury acting as a backdrop, New Orleans came out on top by the score of 125-114 in Phoenix.

It’s hard to describe exactly what happened inside Footprint Center in Arizona Tuesday evening. Losers of 46 regular-season games, New Orleans went into Phoenix and defeated the 64-win Suns by 11 points.

Having scored 31 points in the first half, one of the NBA’s best players in Devin Booker exited the game with hamstring tightness. At that point, it was a close affair. With Booker sidelined, Phoenix yielded 35 fourth-quarter points.

As double-digit underdogs heading into the game, the New Orleans Pelicans absolutely shocked the world. They won 28 fewer games than the Suns during the regular season. They have now just taken home-court advantage from a team that many expected to be odds-on favorites to win the title.

In the process, the Golden State Warriors are the only top-four seed out west to have won their first two games of the series.