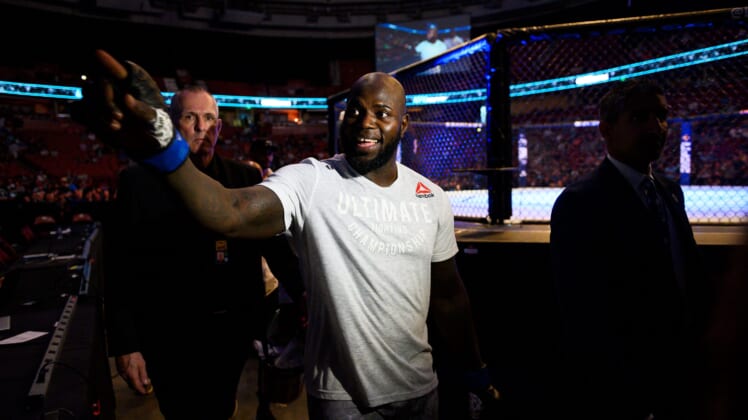 On Saturday night in Nevada, Rozenstruik, the eighth-ranked fighter on our UFC heavyweight rankings, will battle ninth-ranked Alexander Volkov in the headliner of the promotion’s latest card. The bout inside the UFC APEX is pivotal for both to get themselves back into the title contender conversation after each has lost two of their last three, including their most recent Octagon outings.

While neither is likely to land a title bout in 2022, they are active members of the division that are well established and a couple of wins away from being considered serious contenders. That is why Rozentruik is not in favor of a long-rumored interim title bout between light heavyweight GOAT Jon Jones and heavyweight legend Stipe Miocic.

With current champ, Francis Ngannou sidelined recovering from reconstructive knee surgery, and in the midst of a contract dispute with the promotion, the idea is to keep the title picture active with an interim belt. And for the organization and some fans, a matchup between the pair of MMA greats makes a lot of sense for such a title.

However, as “Bigi Boy” told TMZ Sports on Saturday, he believes Jones and Miocic are undeserving of the opportunity due to their recent heavyweight inactivity, and such a bout for the belt is unfair to those ranked competitors who have been fighting regularly in the last year.

Jones has not fought since Feb. 2020 as he has slowly added weight to naturally move up to the heaviest weight class in the promotion. Miocic has not competed since his March 2021 title fight loss to Ngannou.

Yet, while he doesn’t believe the two UFC greats are deserving of a title shot, the Suriname native would be all up for a scrap with either and doesn’t seem to like Jones’ chances in such a booking. 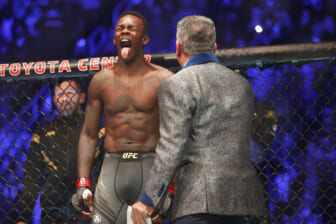 “Two of the greatest fighters that the division has ever seen and if I got a chance to test myself against them; I still think it’s a big risk,” Rozenstruik explained. “Why take a risk against me? As soon as I touch these people they go down. And a guy who’s put on weight coming to the heavyweight division is a different mix.”

UFC Vegas 56 takes place on Saturday, June 4. The broadcast kicks off at 1 pm ET on ESPN+.