UFC 280 in Abu Dhabi has an official main event in an outstanding lightweight title fight of Charles Oliveira vs Islam Makhachev.

On Saturday afternoon, during the ABC broadcast of UFC on ABC 3, it was announced that the former lightweight king and the second-ranked fighter in the Sportsnaut UFC lightweight rankings, Islam Makhachev, would square off in the headliner of the Oct. 22 card at Etihad Arena in the United Arab Emirates.

Earlier in the day, the Brazilian sent out a tweet with no text but just a pen emoji that obviously signified the eventual news of a fight contract being signed. However, Yahoo Sports MMA insider Kevin Iole reported that the Makhachev’s manager claimed he had not yet signed a contract, but that the matchup was verbally agreed to.

The road to Oliveira vs Makhachev at UFC 280

There was some doubt that Oliveira vs Makhachev would actually be made despite it being the obvious next best option for the vacant title. After an eleventh straight win in May, Oliveira seemed interested in either two routes for his career. To take a long break from the sport after a busy few years or cash in on a big-money fight against former two-division champion Conor McGregor.

While Makhachev and his 10-fight win streak were deserving of an opportunity at gold, he is a fighter that lacks interest sizzle for some fight fans. Fortunately for UFC supporters looking for championship fights based on merit, McGregor seems more interested in bouts at welterweight instead of fighting at 155-pounds once he returns to action following his recent losing streak. 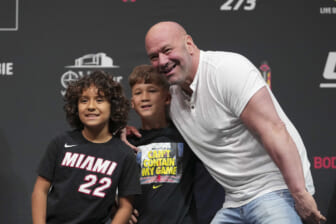 With a big payday against “Notorious” seeming unlikely, it seems like “do Bronx” shifted gears in recent weeks and seemed open to a fight with Makhachev with the goal of earning a super-fight with his mentor and coach, retired UFC great Khabib Nurmagomedov. While the former lightweight king has been steadfast about staying retired, a battle against the new great of the weight class might be enough to draw him back to the Octagon.

Oliveira vs Makhachev will be for the vacant lightweight title after Oliveira missed weight for his May title defense against Justin Gaethje and was stripped of the belt.