The mega-corporation that is Disney plans to squeeze more money out of UFC/MMA fans who subscribe to the ESPN streaming service ESPN+.

After a slow start following its debut in 2018, the ESPN streaming service has gained momentum, with subscriptions climbing 62% in the past 12 months to 22.3 million (via Bloomberg). Surely that is in no small part to the success and growth — in spite of the pandemic — of the Ultimate Fighting Championship, with most of its content being on the platform. However, the service is not turning a profit and the move in Aug. is an attempt to boost profitability in the short term.

Shares of Disney stock rose 3.7% following the news of the sizable price hike.

Being a UFC and MMA fan is becoming very expensive

It was not that long ago when MMA fans could watch a variety of promotions using their cable plans or free apps. My, how the times have quickly changed.

In 2019, the UFC asked a lot of their fan base when they made the move from Fox Sports to ESPN+. Granted, there is some UFC content that can occasionally be seen on ESPN and ESPN2, but if you want to watch the organization you have to pay $6.99 a month. Then, earlier this year came the news that if you wanted to see the biggest and best fights, fans would have to pay $74.99 to watch its pay-per-view cards. So essentially, UFC supporters had to pay $81.98 to view a UFC PPV.

Beyond the MMA world leader, the majority of Professional Fighters League events are behind the same ESPN+ paywall. Bellator cards air exclusively on Showtime, which can also require a $10.99 subscription. And Combate Global events in English air on Paramount+, with a subscription cost of $9.99. 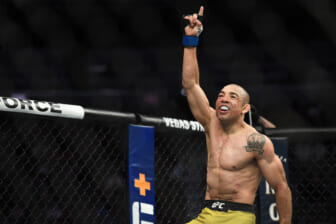 The rising cost of streaming service subscriptions while the United States battles through inflation is pretty much forcing MMA fans to have to decide between their favorite fighters or promotions, or pay $106 a month to see a wide variety of cage fighting offerings.

It should not be this expensive to be a sports fan. Especially when NFL, MLB, NBA, and NHL games can be found on most cable and streaming plans.