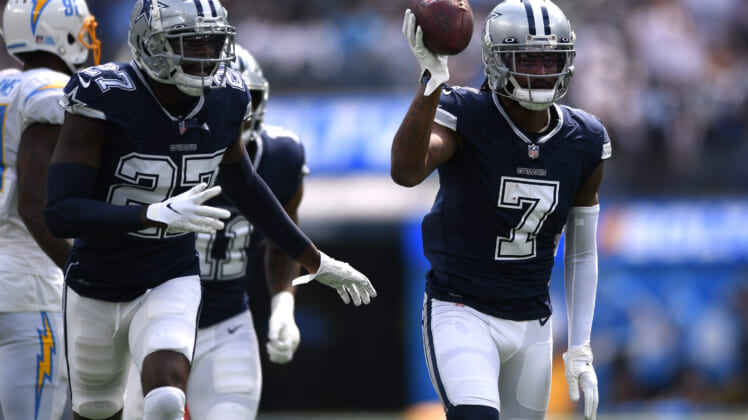 Dallas Cowboys cornerback Trevon Diggs was a teammate of Philadelphia Eagles youngsters Jalen Hurts and Devonta Smith during their days together at Alabama.

The three were heavily featured in Monday night’s matchup between the Cowboys and Eagles.

With Dallas up 20-7 in the third quarter, Diggs more than made his presence known. That included picking off Hurts on a pass intended for Smith.

A total of 59 yards later and it was a house call for Trevon Diggs.

That’s just some brutal stuff from both Hurts and Smith. First off, the second-year quarterback has to see coverage better than that. Diggs was playing off coverage and read the signal-caller’s eyes. Secondly, Smith must keep his footing. The slip impacted this pick-six in a big way.

For Hurts, this represented his second ugly interception of the game. It’s a divisional matchup that provided him with an opportunity to prove himself to the Eagles’ brass. Thus far, that has not happened.

As for Trevon Diggs, the sophomore corner has already recorded three interceptions in as many games this season. Whew!