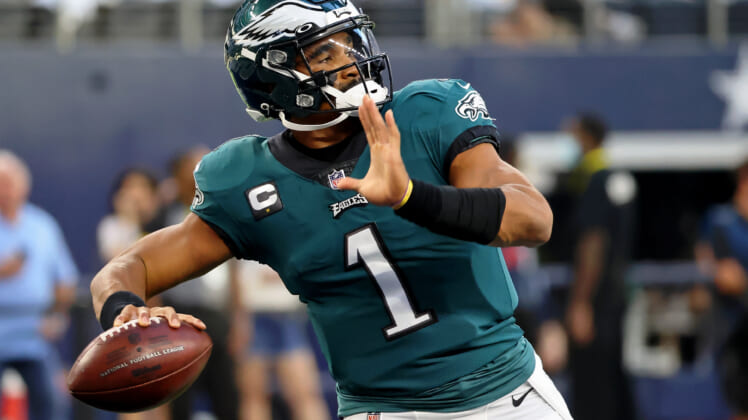 Second-year Philadelphia Eagles quarterback Jalen Hurts has a real opportunity to prove his worth Monday night against the division-rival Dallas Cowboys in Big D.

At least initially, that did not happen. On the Eagles’ opening drive of the game, Hurts was picked off by cornerback Anthony Brown as he attempted to find Jalen Reagor deep. It was not a great pass by any standard.

Jalen Hurts attempted to go deep a lot in last week’s loss to the San Francisco 49ers. It appears that the Cowboys’ defense watched that tape.

This represented Hurts’ first interception of the season after recording four total touchdowns over the first two weeks of the campaign.

As for Brown, this was his first pick of the season after the veteran registered two interceptions in 2020.