Tampa Bay Buccaneers quarterback Tom Brady has become friends with countless celebrities and met prominent figures throughout his Hall of Fame career. However, his friendship with former President Donald Trump has drawn the most attention.

Between golf trips and a ‘Make America Great Again’ cap spotted in his locker during the 2015 season, Brady’s connection to Trump has often been the subject of speculation and criticism. Years later, the seven-time Super Bowl champion addressed their friendship and communication.

In an in-depth interview with Variety, the 44-year-old quarterback said his visits with Trump dated back years ago to a much earlier point in his career. When presented the opportunity nearly two decades ago to play on a private golf course, he thought it was ‘the coolest thing in the world’ and didn’t want to pass up on the chance in his early life.

However, things are very different now. While he admitted to having the MAGA hat in his locker briefly during the 2015 season, the perennial NFL MVP says his relationship with Trump now is mischaracterized by reporters.

Appearing on Howard Stern’s show in 2020, Brady shed more light on the relationship he had with Trump. He said the two first met in 2021 and their friendship evolved over time as Brady became a more prominent celebrity and figure in the NFL. It led to some phone calls and Trump attending several games.

Brady admitted that Trump asked him to speak at campaigns, an offer the quarterback repeatedly declined due to his desire to stay out of politics. While the two men used to be friends, it seems there has been no communication for some time.

Brady did offer some kind words for Trump in the past, saying he was “a lot of fun to play golf with” and noting that he appealed to a lot of people. Despite the praise, it appears there is no longer a substantial relationship between the two and Brady will not be appearing for anyone during the 2024 election cycle. 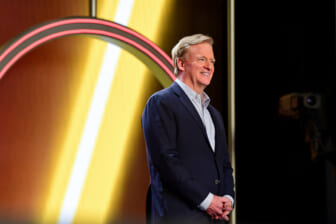