Alex Smith’s arrival in Washington means the Kirk Cousins era is over, but the Michigan State product will have plenty of suitors when he hits the open market.

Though money might not be the most important part of his free agency, Cousins will probably run an annual price of $25-plus million. Each of these teams have the cap space or ability to create it, along with a need for a new quarterback.

Note: All cap space and contract information via Spotrac.

Buffalo finds itself in a decent position with $25.6 million of room, and signing Cousins means Tyrod Taylor would be headed out the door. However, the Bills reportedly have no plans to release him and could find it difficult to engineer a trade. Still, adding Cousins would allow Buffalo — a surprise playoff qualifier in 2017 — to fully shift into win-now mode. The Bills hold a pair of first-round picks in the upcoming draft, so they could stock the roster with Cousins and two Day 1 choices or entertain moving up for a prized prospect. While the move is unlikely, Buffalo has a relative need and a route to bring in Cousins.

Head coach Bruce Arians and quarterback Carson Palmer both retired. Arizona is starting over with its leadership, and Cousins could be the face of the franchise’s next stage. Since new coach Steve Wilks isn’t interested in a rebuild, the Cardinals will pursue the veteran. The team is somewhat limited on cap room (approximately $20.4 million) but could create the necessary space by moving Tyrann Mathieu. Though squeezing Cousins onto the salary sheet would be bold, Arizona could drastically reduce concerns about the post-Palmer era. 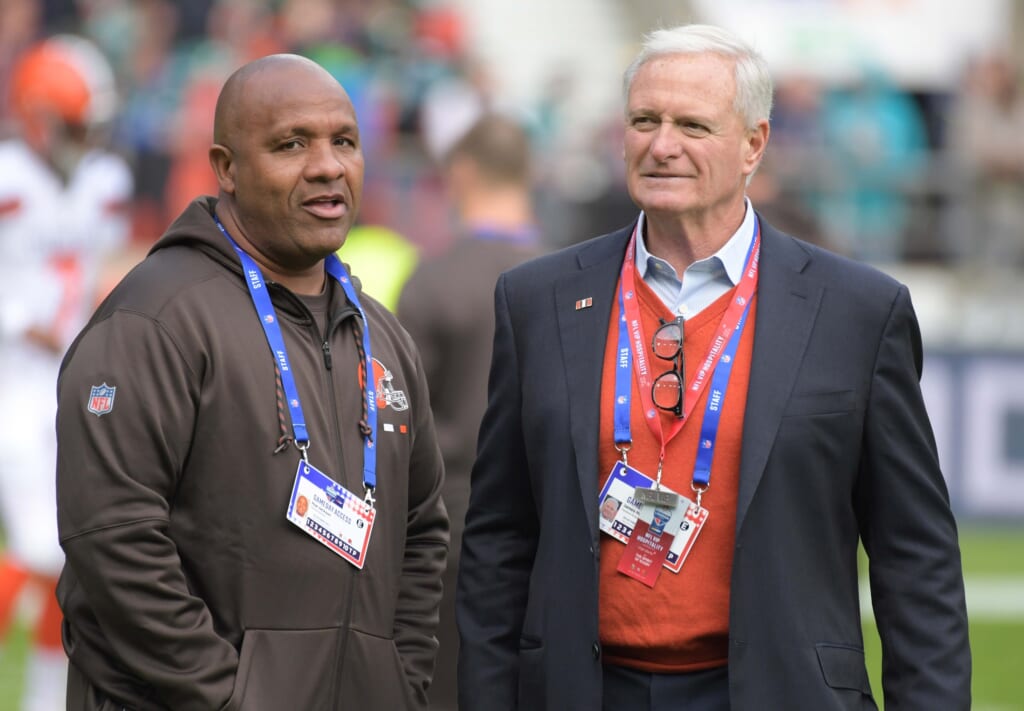 One way or another, the Browns will add a new quarterback this offseason. Prior to using the No. 1 or No. 4 overall selection in the 2018 draft on a signal-caller, they’ll first attempt to sway Cousins in free agency. And with $108.9 million in cap space, money is not an impediment for Cleveland. The front office can back up several armored trucks to Cousins’ doorstep, if needed. But yes, the big question is whether Cousins really wants to join a dysfunctional organization. Other suitors are better positioned to win immediately, so Cleveland better hope money is the biggest draw.

The Jets possess nearly $80 million of cap space and desperately need an upgrade at quarterback. Cousins has praised new offensive coordinator Jeremy Bates, so it’s clear the signal-caller is already considering New York. Cousins would be entering a challenging spot, since the Jets are relatively thin on playmakers and their best one, Robby Anderson, is mired in off-field troubles. Oh, and those pesky New England Patriots hav dominated the AFC East for 15 years. But New York absolutely will make a run at Cousins, and he’ll be listening closely. 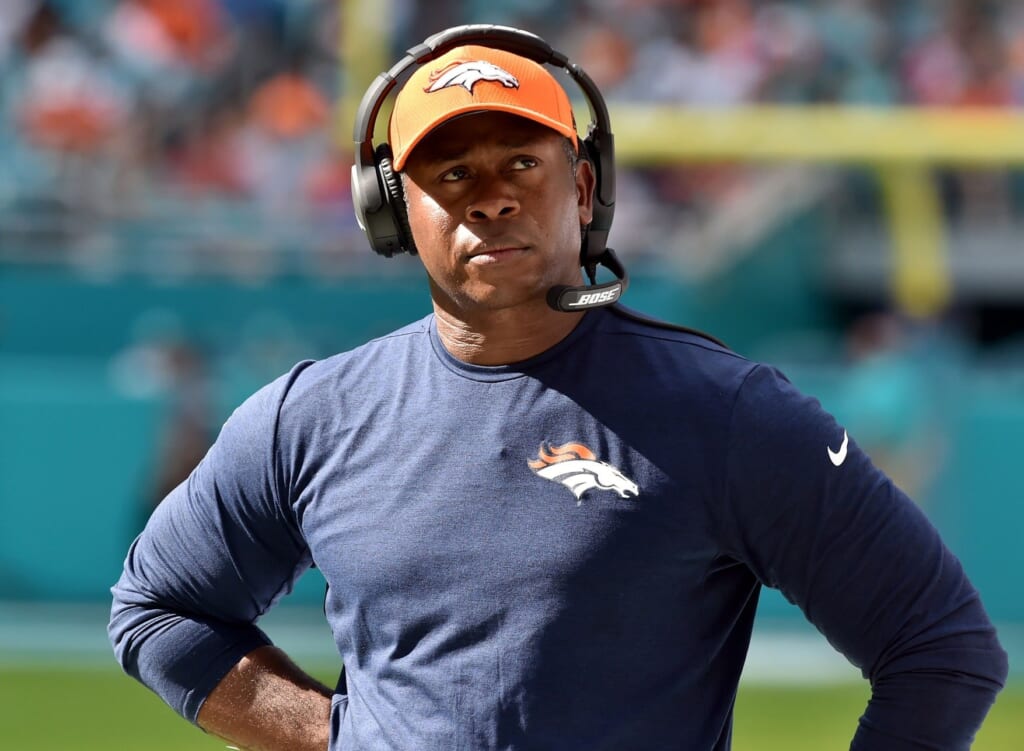 Denver used three starting quarterbacks in 2017, and it’s widely accepted that none of Trevor Siemian, Brock Osweiler and Paxton Lynch are a long-term answer. Cousins would give the Broncos stability at the position while providing a spark to a talented defense. No, that’s not because of his leadership or something not quantifiable. The unit spent much of last season at a major disadvantage in field position, which explains Denver ranking third in total defense but 22nd in scoring. Parting ways with Aqib Talib would give the Broncos the space to add Cousins.

The NFC runner-up, Minnesota is facing a unique situation this offseason. Case Keenum, Teddy Bridgewater and Sam Bradford — the starting quarterbacks over the last three years — are all free agents. But Keenum is due for a raise, Bradford will desire one last major contract and Bridgewater has an injury concern. So, the Vikings could be eyeing Cousins as the No. 1 option. And since Minnesota has $48.1 million to spare entering the offseason, the front office doesn’t need to trim the roster like the other potential landing spots. The space is already there; the interest is, too.