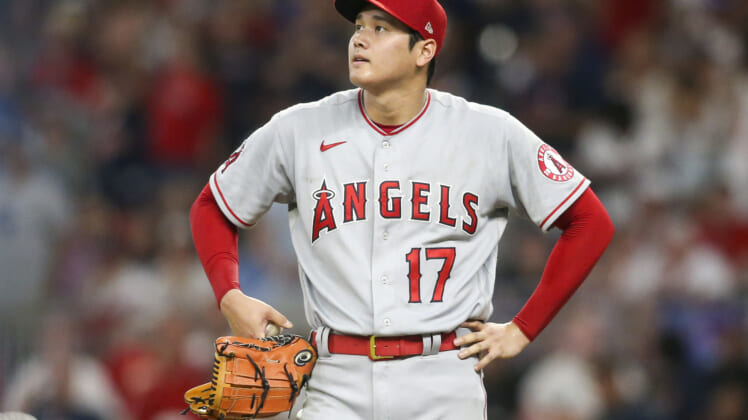 Washington Nationals outfielder Juan Soto isn’t the only MLB star generating interest before the trade deadline. Multiple MLB teams are reportedly inquiring about a Shohei Ohtani trade in advance of the MLB trade deadline on Aug. 2.

The Los Angeles Angels entered the season with expectations of competing for a spot in the MLB playoffs. After a promising start, Los Angeles faded quickly down the MLB standings. Holding a 12-31 record since June 1, the worst record in baseball, the Angels will now be sellers at the trade deadline.

Los Angeles is already shopping several marquee players, including starting pitcher Noah Syndergaard and reliever Ryan Tepera. While a Syndergaard trade is expected, clubs are calling the Angels about their two-way phenom.

According to MLB insider Jon Morosi, multiple teams have called the Angels in recent weeks to express their interest in acquiring Ohtani. However, every attempt to create dialogue is met with a strong indication that Los Angeles won’t move him.

It comes as no surprise that general managers are at least inquiring about Ohtani’s availability. He is only under contract through the 2023 season and negotiations between his representation and the Angels have gone poorly. Poised to become one of the best MLB free agents in baseball history, teams at least want to see if he is available.

While there will be plenty of MLB trade rumors involving Angels players in the days ahead, Ohtani isn’t moving. Los Angeles will keep both him and Trout on the roster through the season and then will attempt to build a new core around them this winter. 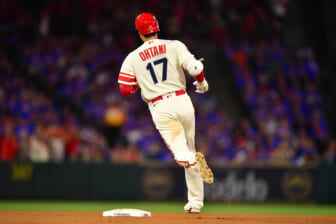 Even with only 1.5 seasons remaining on his contract, Shohei Ohtani would be the most sought-after player ever made available at the MLB trade deadline. He’s a Cy Young candidate this year and coming off an AL MVP campaign in 2021, making him the most unique player baseball has ever seen.

While his trade value might take a slight hit because he wouldn’t come with the contractual control that Soto offers, he would certainly be more coveted in a deal. Ohtani erased any durability concerns about him last season, demonstrating he is perfectly capable of providing MVP-caliber production at the plate all while pitching like an ace every five to six days.

However, the odds of a trade are close to zero. MLB owners have some involvement in every blockbuster deal and any Ohtani deal would require Angels’ owner Arte Moreno to sign off on the transaction. Ohtani is one of the most marketable players in baseball history, capable of generating global fan interest, merchandise sales and viewership like few others in professional sports.

For Moreno, who has drawn criticism for being a cheap team owner who cuts costs whenever possible, there’s likely no scenario where an Ohtani trade is approved. The Angels will revisit a contract extension with their two-way star this winter. Even if the two sides can’t agree to a deal, Ohtani will open the 2023 MLB season on the Angels’ roster.