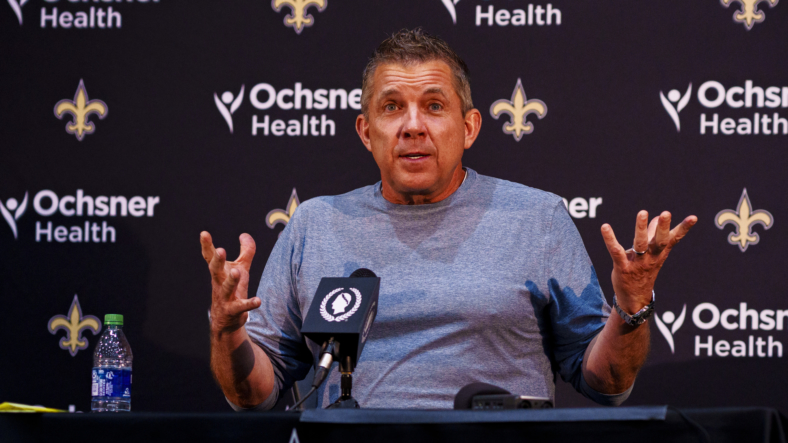 We’re just a few weeks into the first season of Sean Payton stepping away from being a head coach in the NFL, and he’s already talking about making his comeback. Recently, Nick Underhill of NewOrleans.Football had a chance to speak with the former Super Bowl-winning head coach of the New Orleans Saints, where Payton did nothing to dispel the rumors of him making his eventual return to pro football.

In fact, Payton roaming the sidelines once again could come sooner than later, according to the coach himself.

We heard rumors of Payton being floated to the Dallas Cowboys this past offseason, but Jerry Jones didn’t appear ready to throw in the towel on Mike McCarthy just yet. McCarthy has gone 19-16 in his three seasons in JerryWorld, but they’ve yet to win a playoff game, drawing a moderate amount of scrutiny in his two-plus years at the helm.

Payton stepped away just one year after his longtime Hall of Fame quarterback Drew Brees did. It also came after an unsuccessful 9-8 season where the Saints missed the playoffs for the first time since 2016. It’s possible he simply didn’t like where the franchise was headed or wasn’t excited by their salary cap and quarterback situation, with Jameis Winston set for free agency and the team projected to be $71 million over the cap. Obviously, several contract restructures took place, and Winston was still able to return to the team.

But even then, for whatever reason, maybe this wasn’t a situation Payton wanted to return to. While he didn’t speak to that, Payton didn’t suggest there’s only a select number of franchises he’d consider becoming an NFL head coach for once again.

For now, Payton is with Fox Sports, working in the studio on Sundays as an NFL analyst, but only on a fill-in basis for when Jimmy Johnson isn’t available. In other words, he may be getting sick of sitting on the sidelines, or as Payton describes it, FOMO, as he’s been missing out on all the action.

The Cowboys are always a team to watch in the Sean Payton sweepstakes, as he has ties to the organization where he worked from 2003-05 as an assistant head coach and QB coach. But really, any team either with a proven quarterback, or the capability to attract one, such as Tom Brady, would likely pique the interest of Payton once again.

Just don’t expect it to be an upstart team like the Detroit Lions, Houston Texans, or Jacksonville Jaguars. Payton seems interested in coaching for the franchises that have shown a commitment to winning. We’ll see where his next step takes him. Whether that’s next season or a few years out remains to be seen.