Seahawks carry on against Texans without Jamal Adams

Fresh off a victory that snapped a three-game skid and boosted the spirits of a slumping team, the Seattle Seahawks absorbed a staggering blow with the news that Jamal Adams will have season-ending shoulder surgery.

The three-time Pro Bowl safety sustained the injury in the Seahawks’ 30-23 win over the San Francisco 49ers last Sunday.

Seattle (4-8) will contest the final five games of the season without Adams, starting Sunday on the road against the Houston Texans.

“He’s been through this before, and he’s really rocked by it of course,” Seahawks coach Pete Carroll said. “We’re all pulling for him to get out of this thing and get back as soon as possible. Really disappointed for him as well as us.”

Adams suffered an injury to the same shoulder last season and missed four games. Seattle will insert Ryan Neal, who spelled Adams in 2020, into the lineup but will miss Adams’ vigor.

“You lose all of the fire that he brings and explosive plays, big hits,” Carroll said. “He’s had a couple of picks. He’s been doing everything except for we haven’t gotten the sacks that we got a year ago, but other than that he’s been playing really hard and tough, and he’s got a lot of energy for us, it’s been very positive.”

The Texans (2-10), winless at home since their season-opening victory over the Jacksonville Jaguars, made news when they cut linebacker Zach Cunningham for repeated team infractions.

Cunningham incurred a one-game suspension in Week 13 against the Indianapolis Colts, reportedly for missing his scheduled COVID-19 test. Cunningham was benched for the first quarter of the Texans’ Week 2 loss against the Cleveland Browns for violating team rules. 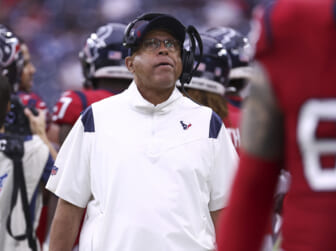 The rebuilding Texans have moved on from other veterans already this season, namely linebacker Whitney Mercilus, running back Mark Ingram II and cornerback Vernon Hargreaves III. However, the issues with Cunningham appear to have been festering for most of the season, and the Texans opted to cut one of their more productive defensive players in recent years.

“It wasn’t tough at all. It’s about the team,” Culley said of the decision to release Cunningham, who had 67 tackles this season. It’s not about any individual player. The one thing we always talk about is that it’s not necessarily trying to be the best player on the team but being the best player for the team. That’s our motto.

“Listen, we are 2-10. If there was more of a production, it’s a different deal. It has nothing to do with production, it has something to do strictly with not meeting our standards that we have here. He didn’t meet those.” 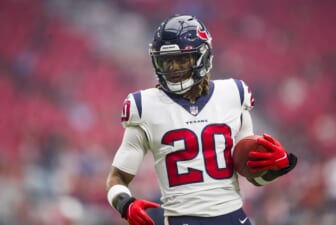