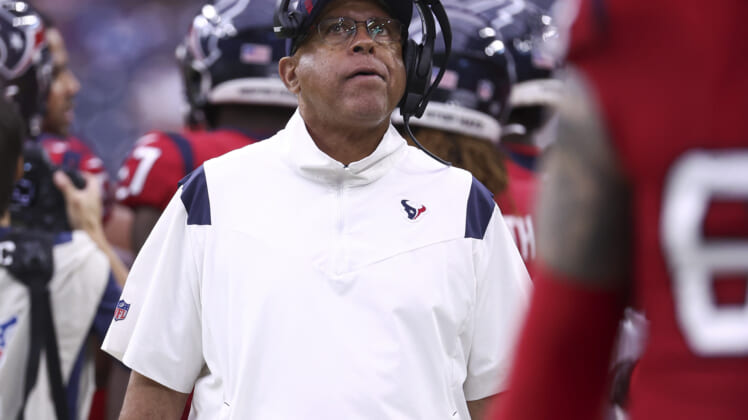 David Culley is in his first year as head coach of the Houston Texans, after signing a five-year contract this past offseason. No one expected Culley to have immediate success without Deshaun Watson playing a single game this season. Not to mention the lack of talent throughout the roster elsewhere.

But, perhaps the Texans had higher expectations than the 2-10 record they currently have, as the only team mathematically eliminated from playoff contention.

Recently Texans general manager Nick Caserio was asked whether Culley would be back in 2022, and he didn’t offer any lifelines for the 65-year old first-time head coach.

It’s a fair response, but it’s also not very reassuring. There’s no need for Caserio to say anything otherwise. At the same time, if he already had confidence Culley would stick, why wouldn’t he quickly mention his job is secure to at least start the year?

From the perspective of the Texans, it doesn’t really matter. Culley was already seen as a surprising hire from the start, due to having never been seriously considered for a head coaching position in the past. 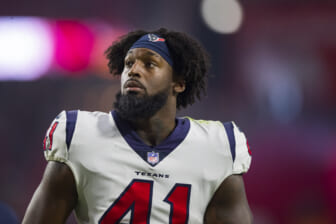 Lack of talent continues to hold back Texans, not David Culley

Their biggest issue is a lack of talent on the roster, Culley, or any other coach for that matter can only work with the athletes on hand. Sure, there’s an argument to be made that coaches are there to teach and develop players, but there’s only so much that can be done.

The Texans will likely remain at the bottom of the barrel for all of 2022 as well, it doesn’t matter if they hired Bill Belichick and signed Tom Brady, the rest of the roster is bereft of Pro Bowl talent.

But that’s an organizational issue, it’s been this way for years. It’s the same reason why Deshaun Watson, DeAndre Hopkins and J.J. Watt had to shoulder the load while the rest of the roster held them back. If that means firing Culley, then who’s to say Caserio shouldn’t go too? Last time I checked Watson was still on the roster, rotting away as his trade value tanks.