If the Denver Broncos don’t land Sean Payton to be their next head coach, it reportedly may be because of his disinterest in being tied to starting quarterback Russell Wilson for the next few seasons.

In the offseason, the Broncos organization agreed to a blockbuster deal with the Seattle Seahawks to acquire future Hall-of-Famer Russell Wilson. Following the deal, they gave the star quarterback a five-year, $242 million extension because they felt so confident about his ability to turn their team back into a perennial contender.

Instead, the Broncos received the worst season Wilson has had in his distinguished career and an offense that ranked among the worst in the league. The team’s performance cost first-time head coach Nathaniel Hackett his job, and the team won just five games for the third time in the last six seasons.

With Walmart heir Rob Walton as the new head of the organization, the Denver Broncos are hoping to make another big move this offseason, but this time for a top coach. The man universally viewed as the best available is former New Orleans Saints head coach Sean Payton. However, the one-time Super Bowl champion may not be interested in a move to Denver to try and fix Russell Wilson.

On Wednesday, ESPN NFL insider Jeremy Fowler reported the latest on the Broncos’ head coach search. After getting permission to talk with Payton last week, the team’s owner and the 59-year-old have reportedly had conversations about the opening. However, Fowler claims there are some around the sport who aren’t sold on the idea of Payton actually taking his talents to Colorado.

“Some around the league are skeptical about whether Payton wants to tie his future to Russell Wilson, who struggled mightily in 2022, though he improved late in the year,” Fowler wrote. While Fowler claims a sizable six-year deal could assuage any of Payton’s long-term fears and allow him to develop a new QB down the line, he also added another factor that could hurt the team’s chances.

“The organization has shown little patience with head coaches, six of whom have been fired since 2009. John Fox was the only coach to last longer than three years — and he had to win a Super Bowl to do it. Payton might opt for more stable ground elsewhere.”

– Report on Broncos and Payton talks 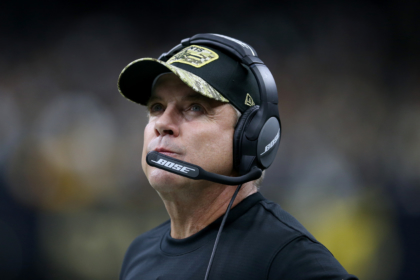 While that impatience was under different ownership, it is hard to believe Walton will be okay with several more losing seasons after paying a record $4.65 billion for the franchise last year. Plus, considering what Wilson’s contract is guaranteed, Payton is stuck with the AB for at least a couple of more seasons.

Also of note, is that the Broncos would need to compensate the Saints for the right to hire Payton, who is still contracted to New Orleans. And that could be quite costly as well.

Empire Sports Media - UFC: Tony Ferguson could be the opposing coach to Conor McGregor on The Ultimate Fighter