The Denver Broncos are searching for a head coach for the second consecutive offseason. As the team evaluates the best NFL coaching candidates in 2023, Sean Payton and Jim Harbaugh are among the biggest names emerging as targets.

Cost isn’t a problem for Denver. After being purchased for an NFL record $4.65 billion in 2022, ownership is willing to spend whatever it takes to land their top target this spring. It all comes at a time when salaries for the highest-paid NFL coaches are skyrocketing, putting the Broncos in an advantageous position.

The Walton-Penner ownership group wasn’t involved in the hiring of Nathaniel Hackett, not officially gaining control of the franchise until August. After a disappointing 2022 season that saw stadium attendance decline rapidly, though, Denver is prepared to take an aggressive approach this offseason.

According to NFL Network, Denver is already engaged with the New Orleans Saints in initial conversations about a trade for Payton. While no deal is in place, the Broncos are reportedly willing to meet the Saints’ asking price. 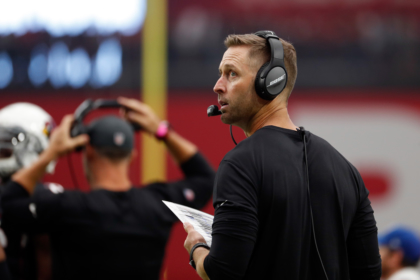 Adam Schefter of ESPN first reported that New Orleans granted Denver permission to interview Payton. However, the NFL informed the Broncos and teams interested in the Saints’ coach that in-person interviews with Payton can’t be conducted until Jan. 17 at the earliest.

It provides clubs still evaluating their current head coaches with more time to make a decision and could slow down the typical rush to immediately hire a head coach. Payton is expected to accept interviews with other clubs.

As for the Saints’ asking price, multiple reports have indicated New Orleans wants at least one future first-round pick in exchange for Payton. Denver owns the San Francisco 49ers’ first-round pick in the 2023 NFL Draft order, with its top-five pick held by the Seattle Seahawks as a result of the Russell Wilson trade.

The Broncos’ coaching search is just beginning, with additional information emerging about their other targets.

Denver will interview Michigan coach Jim Harbaugh this week following the Wolverines’ elimination from the College Football Playoff. While Harbaugh has publicly stated his intention to remain at his alma mater, he is interviewing with NFL teams for the second consecutive offseason. 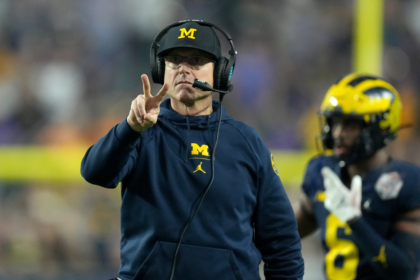 Experienced coaching candidates seem to be Denver’s preferred route this spring. Hackett took over in 2022 with no head-coaching experience and a small sample size as a team’s primary play-caller.

He immediately struggled with cock management then surrendered play-calling duties after orchestrating one of the worst offenses in the NFL. Ultimately, Denver fired him when he lost control of the locker room in Week 16.

Related: NFL insider thinks Sean Payton might not return in 2023

Dallas Cowboys defensive coordinator Dan Quinn is another leading candidate to become the next Broncos’ head coach. He finished as a finalist in 2022 before general manager George Paton rushed into hiring Hackett, with the hope it would compel Aaron Rodgers to demand a trade to Denver.

A year later, Quinn’s relationship with Paton and his history in Seattle with Wilson are strong factors working in his favor. If Payton and Harbaugh both ultimately turn the Broncos down, there is a strong possibility Quinn is hired as head coach.