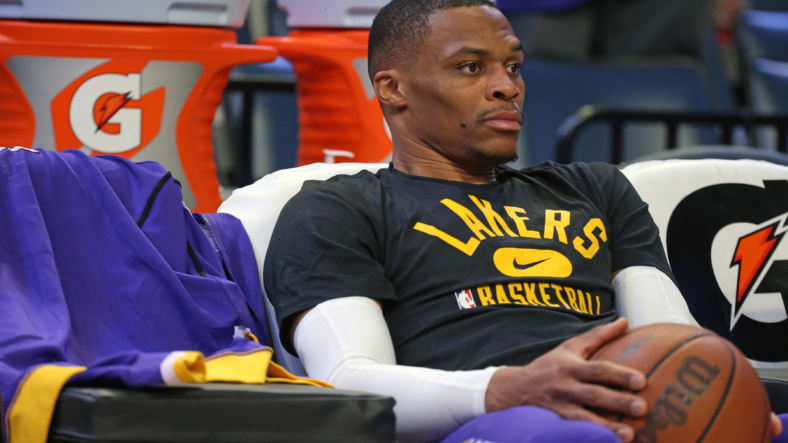 Former NBA MVP Russell Westbrook could be headed to the bench in his second season as a member of the Los Angeles Lakers roster.

Westbrook’s debut season in Los Angeles was a monumental disappointment. The nine-time All-Star delivered his lowest points per game average in over a decade, the weaknesses in his abilities were showcased for all to see, and Lakers fans showered him with boos and chants of “Westbrick.” It was a nightmarish first year in LA that also saw the team finish with a record well under .500 and not even reach the NBA Play-In tournament.

Over the last few months, the 33-year-old has been linked to possible trades to the Indiana Pacers, Utah Jazz, Brooklyn Nets, and New York Knicks. However, since his game is in decline and he has a $47 million price tag in 2022-2023, Westbrook is nearly untradeable. With NBA training camps set to begin at the end of the month, all signs point to him being on the roster for the upcoming season and new head coach Darvin Ham being expected to help the guard return to elite form.

Yet, the role Westbrook has in the season could end up being drastically different from what he has been used to his entire career. The Lakers made two notable moves in the last few weeks. The first was a trade for gutsy, defensive-minded point guard Patrick Beverley. And on Friday, the organization signed free agent Dennis Schroder. The team now has three point guards deserving of playing time and that could be a problem for Westbrook.

On Friday, The Athletic’s Jovan Buha and Sam Amick reported that the Lakers have “strongly considered” the possibility of shifting Westbrook to a bench role this season. The final decision on such a move could be made after a training camp competition between him, Beverley, and Schroder. And Ham has the full backing of the front office in whatever choice he makes. 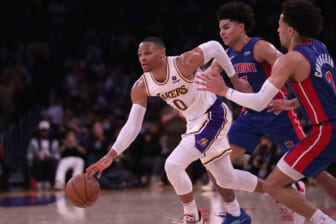 Outside of 17 games during his rookie season in the league, Westbrook has started every single game he has been involved in during his NBA career. For a player that has had so much success during their career, and still has All-Star level potential, it will be a difficult conversation for first-time head coach Darvin Ham to have in asking Westbrook to be on the bench at the start of games.