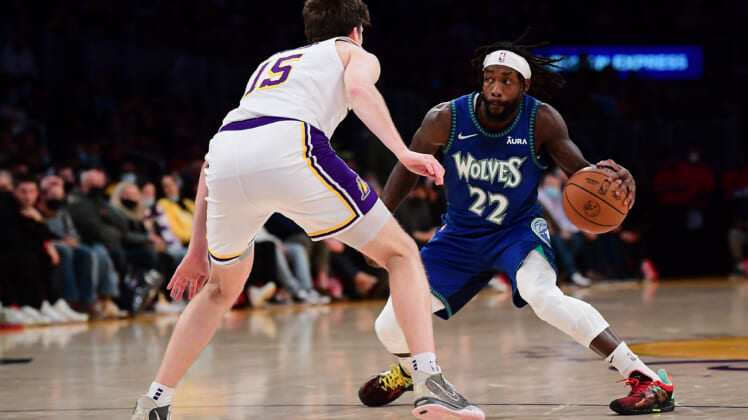 The Los Angeles Lakers have made that one somewhat big-ticket move of the summer, acquiring guard Patrick Beverley in a trade with the Utah Jazz.

According to Shams Charania of The Athletic, Beverley is headed back to Southren California in exchange for Talen Horton-Tucker. Other reports suggest that veteran forward Stanley Johnson is also headed to Salt Lake.

Beverley, 34, was acquired by Utah in the blockbuster Rudy Gobert trade with the Minnesota Timberwolves earlier in the summer. He’s now being re-routed back to Los Angeles where he suited up with the Clippers from 2017-21.

As for Horton-Tucker, the former second-round pick was seen as an ascendng talent heading into the 2021-22 season. He struggled living up to those expectations after signing a three-year, $30.78 million extension with the team last August.

Below, we look at four winners and losers from the Patrick Beverley trade to the Los Angeles Lakers.

We’re not saying that Los Angeles is ready to compete with the big boys in the Western Conference following a 49-loss season. With that said, Darvin Ham’s team is much closer to playoff contention than the Jazz. Obviously, the 34-year-old Beverley had no interest in wasting away the twilight of his career with a rebuilding team.

He’ll certainly get playing time in lieu of Russsell Westbrook or teaming up with the embattled point guard in the backcourt. Los Angeles was also one of Beverley’s preferred landing spots due to the presence of LeBron James.

“Yes, I wouldn’t even hesitate,” Beverley said back in May whether he’d like to team up with LeBron James on the Lakers.

Speaking of the former NBA MVP, this entire summer has been spent with him subjected to trade rumors. He was initially brought up in conversations with the Brooklyn Nets in a dal that would have sent Kyrie Irving to Los Angeles. Now that this is not going to happen, Westbrook is set to return to the Lakers for a second season.

The 33-year-old Westbrook is coming off his worst statistical performance since all the way back in 2009-10. At the very least, Westbrook might not be on the court to close out games given his lackluster shot selection and questionable defense at this stage of his career.

Still only 21 years old, this former second-round pick now heads to a Jazz team that will use him as a focal point for their rebuild. Back in 2020-21, Horton-Tucker averaged 9.0 points, 2.6 rebounds and 2.8 assists while shooting 46% from the field. This was enough for King James to anoint him a future star.

Nothing we saw from THT as a third-year player in 2021-22 spoke to this. He shot just 42% from the field, including a 27% mark from three-point range. A change of scenery was always going to be in the cards. He now has an opportunity for an extended role on a rebuilding Jazz squad.

Let’s be honest here. Moving off one of their only true assets for a 34-year-old guard is not going to help the Lakers remain relevant over the long-term. They lack any real assets when it comes to draft picks moving forward, don’t have young players to offer up in trades and are now cap-strapped after signing James to an extension.

Is this iteration of the Lakers good enough to compete with the defending NBA Champion Golden State Warriors, among other teams, out west? We’re just not seeing it. Adding Patrick Beverley just doesn’t move the needle too much.