One NBA executive believes the Detroit Pistons should get the Los Angeles Lakers on the phone about a trade for Russell Westbrook, with the goal of tanking to land a lottery pick in the 2023 NBA Draft.

While the Lakers have reportedly tried to move Westbrook after a disappointing debut season in LA, they have come up empty on finding a trade partner. The one-time league MVP is set to make $47 million in the upcoming season, and after a performance last season where he put up some of his worst numbers over the last decade, Westbrook is nearly untradeable. Yet that hasn’t stopped the team from giving it the old college try.

Related: Lakers reportedly could swing another trade with Utah Jazz for an impact player soon

The Lakers reportedly shopped the 33-year-old to the Brooklyn Nets before they took Kyrie Irving off the market, offered him to Indiana in a deal for Myles Turner and Buddy Hield, and his name has been linked in a possible deal with the Utah Jazz. It’s been reported that the only way the team could move Westbrook would be by including a future unprotected first-round draft pick. And the team’s selection in 2027 is something that would appeal to many teams.

On Thursday, an anonymous NBA executive spoke to Heavy.com about the Lakers Westbrook situation and suggested the rebuilding Detroit Pistons might be a worthy trade partner for Los Angeles. 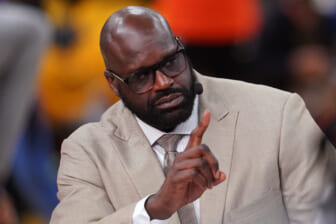 Also Read:
Los Angeles Lakers legend calls Dennis Rodman his worst teammate: ‘He was a great player but he made it hard’

While “junk” might not seem appealing to Lakers fans, the executive suggested what the return for Westbrook could be, and it is players that would certainly strengthen the Lakers’ 2022-2023 bench and depth. “Send back Alec Burks and Nerlens Noel and [Kelly] Olynyk and Kemba [Walker]. The Lakers would be doing a 1-for-4 deal there, so they’d have to move guys around. … You have some tradeable contracts, and you have some veterans you can use for depth. I’d consider it on both sides.”