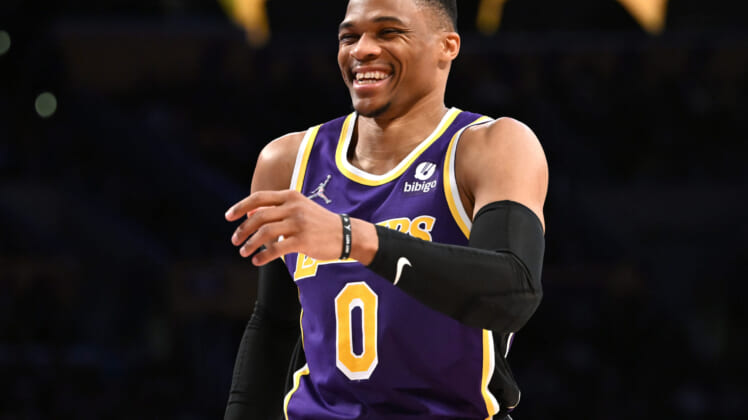 The Los Angeles Lakers, New York Knicks, and Utah Jazz reportedly spoke about a massive blockbuster deal that would have included Donovan Mitchell, Russell Westbrook, and a whole bunch of future draft picks.

Despite the Lakers taking a public stance that they would be happy to have Westbrook back in 2022-2023, all the various rumblings around the league have been that the team is doing all they can to try and find a way to move the former league MVP. And it’s understandable after the 33-year-old had a disastrous season in his debut in LA, was nicknamed “Westbrick” by fans, and does not seem to be a favorite in the locker room.

In recent weeks, the team has been linked to a possible trade with the Indiana Pacers for Myles Turner and Buddy Hield. Rumors suggested that the Jazz could be a landing spot if All-Star Donovan Mitchell were traded to the Knicks. Plus, there were discussions on a deal that would send the nine-time All-Star to Brooklyn for mercurial superstar Kyrie Irving. However, those talks have gotten no traction for various reasons.

It seems that there is another big trade the Lakers pushed for recently that included the Knicks and Mitchell. On Friday, Hoops Hype reported the news that the Lakers, Knicks, and Jazz kicked the tires on a three-team deal that would have made a major splash in the 2022 NBA offseason. 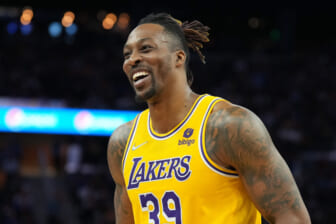 In such a scenario, the Jazz would have likely received six of the eight first-round picks the Knicks have in upcoming seasons, and possibly two of the Lakers’ future first-round selections. Meaning the team would get eight value selections to trade their best player and take Westbrook off the Lakers’ hands. Not too shabby.