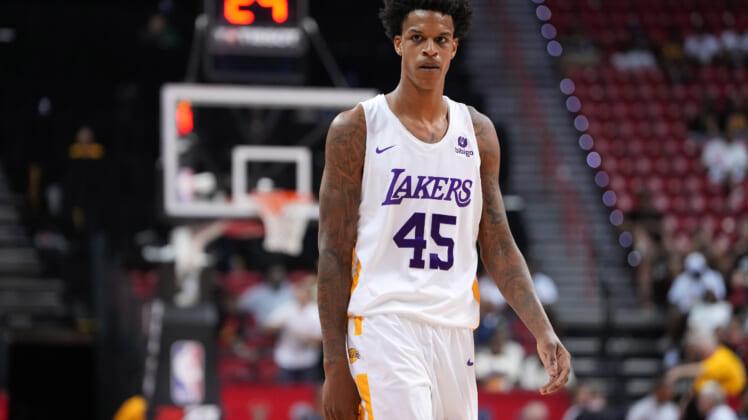 Los Angeles Lakers great Robert Horry recently had some thoughts on the play of Shaquille O’Neal’s son, Shareef, after his stint with the organization’s summer league team. And suffice to say, they weren’t very positive.

While he wasn’t a top star during his tenure in LA, there is no doubt that Robert Horry was a key contributor to the Lakers winning three NBA championships in the early part of the 2000s. He earned his “Big Shot Bob” nickname for a good reason. The 16-year veteran knew how to win titles and helped the Houston Rockets and San Antonio Spurs win a few as well. His opinion on the game has legitimate merit.

Related: Lakers boss now moonlighting as the owner of WOW – Women of Wrestling

That’s why when he mused about Shareef O’Neal’s recent tenure with the Lakers summer league team on an episode of his “Big Shot Bob Pod with Robert Horry” podcast it drew attention. Since he played with O’Neal’s father for seven seasons and there are fans that hope to see the next generation of O’Neal return to the organization. However, after seeing the 22-year-old in a recent practice, he had some concerns about the toughness of “Shaq’s” son.

As Horry explains it, he believes many second-generation athletes often lack aggressiveness because they believe the game will just come to them. But the 51-year-old says if O’Neal wants to have a successful career like his legendary father, he will need to find the dog inside of him.

Following his stint with the Lakers summer league team, O’Neal signed a six-figure contract with the Ignite of the G-League.