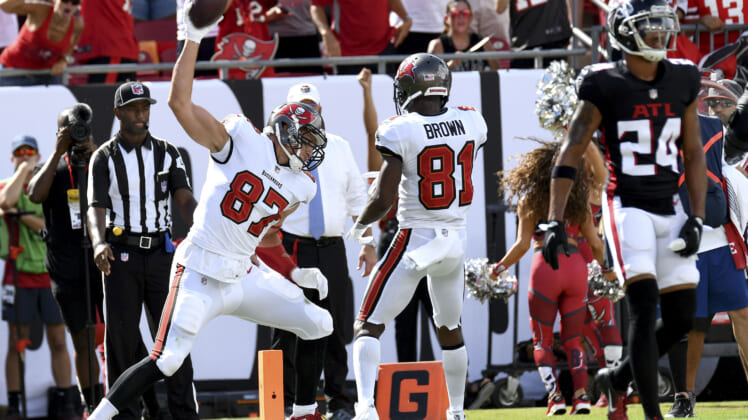 Gronk was back up to his old tricks against an overmatched Atlanta Falcons team on Sunday.

It started with Gronkowski hauling in this 20-year touchdown pass from Tom Brady early in the first quarter.

Talk about sitting down and helping Brady find an open seam down the field. Rob Gronkowski then bullied rookie safety Richie Grant into the end zone for his third score of the game.

With the Bucs up 7-0 later in the first half, Gronkowski then caught a one-yard pass from Brady to put the team up by two scores.