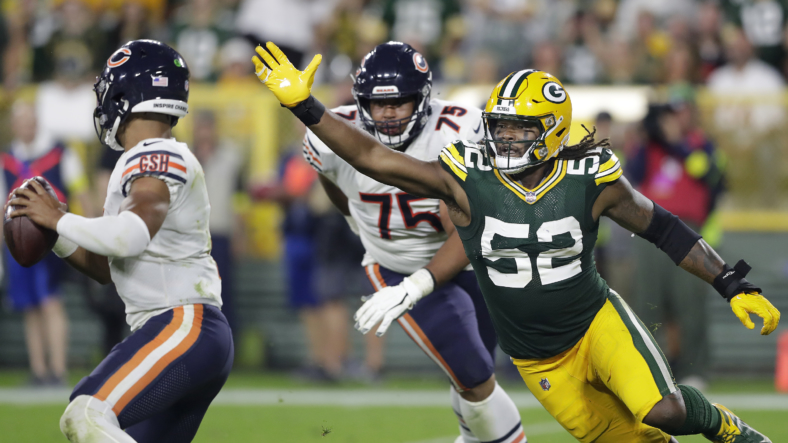 The Green Bay Packers have had some elite pass-rushers over the years. Reggie White is obviously at the top of the list. Then, there are the Clay Matthewses, Aaron Kampmans, Kabeer Gbaja-Biamilas, and Za’Darius Smiths of the world. Rashan Gary and Preston Smith appear to be the next great pair of edge-rushers to come through the halls of Lambeau Field.

After recording two sacks each through the first two games of the year, Gary and Smith appear to be in line for a second consecutive strong campaign together as starters. They both recorded 9+ sacks last season and are on track to be even greater this year.

Rashan Gary and Preston Smith have the characteristics to be great

Both have great size and strength to put together great bull-rushes by the snap. Smith and Gary stand at 6-5 and weigh 265+ lbs. They are also very consistent as leaders of the defense. They come ready to play each and every day.

In 3+ seasons with the Packers, Preston Smith, who is fresh off of inking a four-year deal this offseason, has been very productive off of the edge. No. 91 has recorded 27 sacks, 29 tackles for loss, 56 QB hits, and 83 QB pressures. The former Mississippi State Bulldog has made a living in the backfield of opposing offenses.

Both of these guys are fantastic players off of the edge. Smith is the steady veteran currently in his eighth career season. Gary is the Defensive Player of the Year candidate just entering his prime.

Yes, the backbone of Green Bay’s defense could very well be the defensive backs led by All-Pro cornerback Jaire Alexander and Co. However, Preston Smith and Rashan Gary wreaking havoc on opposing quarterbacks will almost certainly help out their teammates that are tasked with covering pass-catchers.

This Packers defense finished top 10 in total defense, takeaways, run defense (t-10th), and pass defense in 2021. A lot of that has to do with the pressure that is put on opposing quarterbacks off of the edge. Knowing that those two are coming off of the edge in a hurry, quarterbacks have to get the ball out fast because they know their offensive line cannot hold the fort for much longer.

On Sunday night, in Green Bay’s 27-10 win over the arch-rival Chicago Bears, Justin Fields only had 70 yards passing, was sacked three times (by either Smith or Gary), threw an interception, and fumbled. That is what Preston Smith and Rashan Gary do. They put fear into quarterbacks and will do so a whole lot more often this season as they appear to be on track to be one of the elite edge duos in the NFL.