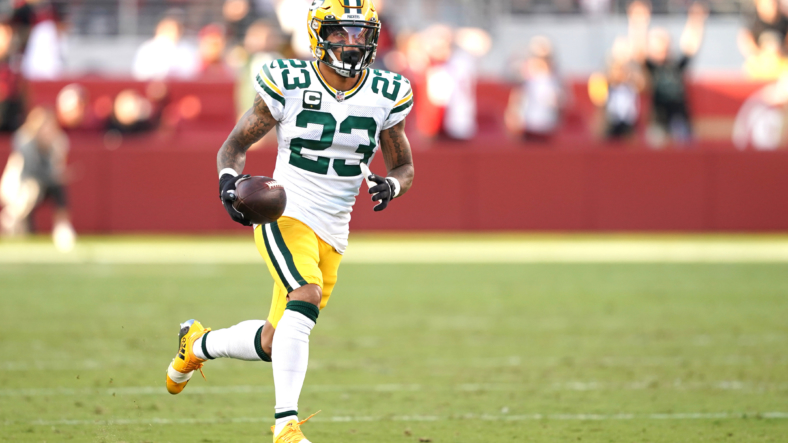 The Green Bay Packers appear to have, on paper, the best defense that they have had since the 2010 season, with stars all over the field. This Packers team is going to have to rely a whole lot on the defensive side with the losses of key receivers Davante Adams and Marquez Valdes-Scantling. Back-to-back reigning MVP Aaron Rodgers is going to do what Aaron Rodgers does.

It is unwise to doubt the all-time great. He should have his young, talented receivers in Christian Watson and Romeo Doubs growing more confident as the season moves along. But Green Bay’s defense is the best that it has been in a long, long time.

Despite having an all-world quarterback, the defense will be the key X-factor. Once again, on paper, they are as talented as any unit in the league. They are being talked about in the same sentence as the 2010 Super Bowl-winning defense for a reason. Let’s take a look at what makes them so similar to that squad that helped bring the Lombardi Trophy home 12 seasons ago.

Qualities of the 2010 Packers defense

It has been a while since Green Bay had an elite Super Bowl defense. The year was 2010. They were loaded at every level.

They had a Hall of Fame-caliber edge-rusher in his prime, Clay Matthews. B.J. Raji was their run-stuffer in the middle of the defensive line. Of course, how could fans forget his legendary pick-6 in the team’s NFC Championship Game victory over the rival Chicago Bears?

A.J. Hawk was the captain of the defense and would go on to be the franchise’s all-time leader in tackles. The secondary, like it is now, was loaded. Hall of Famer Charles Woodson was coming off of a Defensive Player of the Year season in 2009. Pro Bowl cornerback Tramon Williams led the team with three interceptions in the postseason, including a 70-yard pick-6 in the divisional round against the Atlanta Falcons.

Nick Collins was a near Hall of Fame-caliber safety too. He too ended up having a pick-6, which came off of Ben Roethlisberger in the Super Bowl. This defense had a pass-rush, tough run defense, experienced leaders, and an elite secondary. The 2022 Packers share some of those qualities too.

Related: The story of Rasul Douglas in 2021 is the stuff of legends

The 2022 Green Bay Packers should be just as dangerous

The 2022 season could end very similarly for Green Bay if this defense mirrors that 2010 squad, as they share many characteristics. They have a very good pass rush with Preston Smith and Rashan Gary coming off the edge (both had 9+ sacks in 2021). They might have an even better interior defensive line in Pro Bowl defensive tackle Kenny Clark, veterans Jarran Reed, and Dean Lowry, as well as first-round pick Devonte Wyatt.

In the middle of the defense, the team appears to have an elite duo of linebackers in first-team All-Pro De’Vondre Campbell and first-rounder Quay Walker. This linebacker room might be the most talented the team has had in the last 15 years.

But the backbone of this team is the secondary. Jaire Alexander is the All-Pro shutdown cornerback. Rasul Douglas is the Pro Bowl-caliber slot cornerback. Talented second-year corner Eric Stokes led all rookies last season in passes defended. To round out the defense, Adrian Amos and Darnell Savage form an elite centerfield duo. Not to mention, this team is coming off of two consecutive top 10 seasons in total defense. They are primed and ready to help Aaron Rodgers and Co. bring the Lombardi Trophy back home.