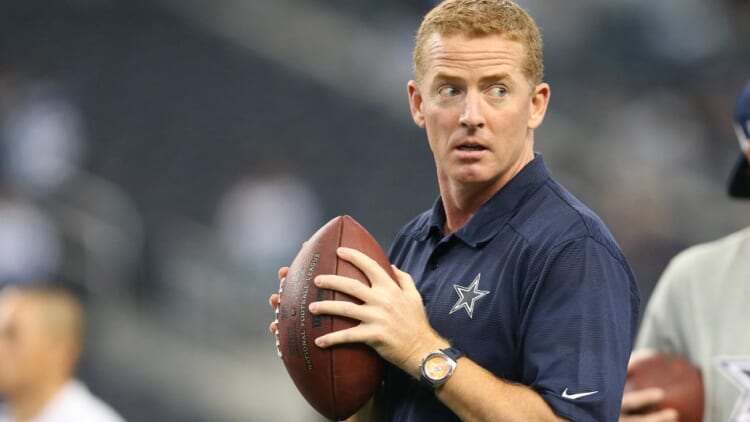 Some NFL teams are absolutely sizzling at this point in the season, while others unfortunately are not. Many of the franchises that are struggling can not only blame lagging player performances, but simply poor head coaching.

How much longer will these suffering teams continue to rely upon sketchy decisions, that many times lead to losses? The misery some teams are experiencing is simply too painful to watch on a weekly basis.

From making bumbled decisions to under-utilizing star talent, infuriating their own fan bases week-to-week, the following NFL coaches could easily be fired in 2018.

Gase’s Dolphins got off to a swift 3-0 start, making Miami forget all about the brief and disastrous Jay Cutler era of 2017. Then, thud. Two ugly losses. Miami scored just 24 total points in the past two games, compared to 65 given away. Quarterback Ryan Tannehill completely broke down against the Cincinnati Bengals as Miami blew a 17-0 lead by turning the ball over three times, resulting in two defensive touchdowns by Cincinnati.

Gase’s record following his 2016 season is 9-12. And he faces an uphill battle coaching a spineless offense that averages just 288.2 yards per game. Needless to say, more losses in the coming weeks might send a December pink slip to Gase.

The Texans have visited the postseason only twice since 2014. And, last year saw Houston finish with a 4-12 record, which was its worst since 2013. Though, O’Brien received a hall pass due to the unfortunate injuries of some very prominent players.

Fast forward to 2018, and the healthy return of Deshaun Watson as well as some veteran defenders does not exactly have the Texans lighting up the field. It took four games for the Texans to record their first win and finally put up some big points (37). Though in Week 5, the Texans came back down to reality, narrowly escaping in a sloppy overtime victory (19-16) against the very beatable Dallas Cowboys. With great talent on both sides of the field, it is O’Brien’s job to utilize it to its fullest.

The Bucs started off 2018 red hot with two wins right out of the gate. But, the two losses following quickly put the fire out. Quarterback Ryan Fitzmagic became Ryan Fitztragic. In Weeks 3 and 4, the Buccaneers managed to tally just 37 total points while allowing their opponents 78 points. Ouch.

A Week 5 bye for Koetter and the team to regroup, and get starter Jameis Winston up to speed, came at the perfect time. Though, the Buccaneers face some pretty tough competition on the schedule coming up. And, making the playoffs — something that has not been accomplished since 2007 — is a must for Koetter to keep his job. No Bucs head coach since 2007 has lasted beyond three years without making a postseason trip.

Will the ice ever get thin enough under Garrett that Jerry Jones fires him? Maybe, or maybe not. But every move Garrett makes has been under a microscope. The last being a very questionable call by Garrett not to go for it on a crucial fourth-and-one in the team’s first overtime possession against the Houston Texans in Week 5. That Garrett did not seem to have enough faith in any one Cowboys player to gain just one yard spoke volumes. Instead the ‘Boys came off the field and a punt to the Texans eventually allowed Houston to win.

This particular call just highlights why the masses have been calling for Garrett to be fired. The Cowboys have been on a downhill spiral ever since the finish of quarterback Dak Prescott’s 2016 rookie season. Since, Garrett’s record rests at 11-10. He has been a fixture since 2011, yet the ‘Boys have visited the postseason only twice under his head coaching. When will enough be enough?

Considering the Bills have scored only 63 points in five games versus giving away 118, two wins for McDermott should be considered a miracle. The Bills are horrendous on offense and somehow managed upset victories against the Minnesota Vikings and Tennessee Titans in Weeks 3 and 5. Though, sandwiched between was a gross 0-22 shutout by the Green Bay Packers.

The saving grace for McDermott may be the fact that he coached the Bills into the playoffs in 2017, ending a 17-year postseason drought. But that was not before McDermott botched the handling of Tyrod Taylor, and delivered that whole Nathan Peterman five-interception nightmare. If the Bills trade away LeSean McCoy, their outlook for 2018 is even more bleak. Keeping McDermott around will be a tough sell should the Bills finish last in the AFC East.

The Broncos’ woes look to continue, and the team’s president is not exactly giving Joseph a ringing endorsement heading into Week 6. As it stands, Denver’s defense is already in the holiday spirit giving up a generous 26.2 points on average per tilt. Meanwhile, the Broncos offense is barely scraping up 20 points per week. And, quarterback Case Keenum is not making the big difference under center that the Broncos brass gambled on. Even though the Keenum signing falls on John Elway, the mess is still Joseph’s to figure out.

Now with three losses in a row, including an embarrassing 16-34 blowout against the New York Jets, Joseph’s job is definitely on the line. Since the Broncos took a flier on Joseph in 2017, he has produced a 7-14 record.

After becoming the Redskins head coach in 2014, Gruden and his team have made a postseason run only once back in 2015. Other than that, the Redskins have finished third twice and fourth once in the NFC East during his tenure. Though, an even record thus far in 2018 keeps Washington competitive within the division due to Philadelphia, Dallas and New York all getting off to slow starts.

This has presented the perfect opportunity for the Redskins to try to stay afloat. Though, blowout losses such as Monday evening’s dumpster fire of a game against the New Orleans Saints in Week 5 that saw the team lose by 24 points are unacceptable. On the season, the Redskins have scored a mere 83 points in four games, while giving away 87.

Gruden’s personal record stands at 30-37-1, clearly showing there is much room for him to improve.

The Chicago Bears and a second-year quarterback are leading the NFC North while the Packers are staggering. Things are not going well in Green Bay. McCarthy has been the team’s head coach since 2006. During the Rodgers era that began in 2008, Green Bay has made the playoffs eight times.

But, the buck stopped in 2017 when Rodgers missed significant time with his collarbone injury. McCarthy’s shortcomings became exposed, and several Packers coaches got fired. McCarthy not surprisingly survived. But a lot of evidence points towards McCarthy actually being the problem in Green Bay. He is continuing to call the plays, and the tension between McCarthy and Rodgers is obvious. If Rodgers is not happy, perhaps it is time for McCarthy to exit the scene.

It would be rare for a team to fire its head coach during his first year. But, what we’ve seen so far from the Cardinals has been utterly disgusting. They have looked terrible, featuring an offense averaging 13 points per game. And, it took more than enough time watching Sam Bradford bumble under center for Wilks to finally let Josh Rosen have a shot.

Though, the million dollar question remains. Why is Wilks not getting David Johnson more involved? Johnson’s under-utilization is just criminal at this point. He is an excellent pass-catcher, yet he has been targeted only seven times since Rosen started. Furthermore, what are the Cards thinking by not getting Larry Fitzgerald the ball? He has seen only 25 targets all season. The combination of Rosen, Johnson and Fitzgerald should be electric to watch. But instead, fans would experience more enjoyment going to the dentist.

Thanks to the Cardinals defense in Week 5, the team finally managed its first win. This will keep Wilks’ job safe for the moment. But, stay tuned.

Heck yes Carroll belongs here. Even though he might be the least likely of the aforementioned coaches to be shown the door, the unexpected in the NFL can occur at any time. Carroll’s Seahawks failed to make the playoffs last year and things are not looking very hopeful for a playoff run this season.

A fine example of some terrible decision making on the behalf of Carroll came in a Week 2 loss to the Bears. Carroll benched starter Chris Carson for the entire second half. But, this was before admitting after the fact, that he misread that Carson looked “gassed.” Carroll then proceeded to feature rookie Rashaad Penny who averaged an abysmal 3.0 yards per carry.

Outside of Carroll’s errors and excuses, the Seahawks are a wreck. Quarterback Russell Wilson continues to run for his life every game. Overall, Carroll’s work is definitely cut out with Seattle already three games behind the first place Rams in the NFC West.