Pro Football Hall of Fame 2022: Class of inductees, how to watch and more 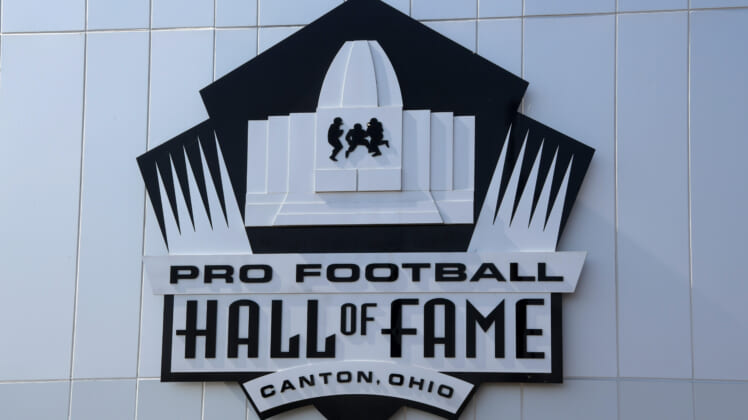 The 2022 class will officially join football immortality on Saturday with eight new members of the NFL family being inducted into the Pro Football Hall of Fame.

After holding the Pro Football Hall of Fame Game on Thursday, with the Las Vegas Raiders coming out on top 27-11, the inductees will deliver their speeches to a crowd of family, friends, fans and their fellow Hall of Famers on Saturday afternoon.

Here’s everything you need to know about the 2022 Pro Football Hall of Fame ceremony.

How to watch the Hall of Fame induction

As noted by the official website of the Pro Football Hall of Fame, more than 100 Hall of Famers arrive in Canton every year to be part of the enshrinement process. Whether they are there to support fellow teammates or just be a part of their brotherhood joining an iconic spot in football history, it’s a special moment for everyone involved.

Here’s a quick rundown on what to know about the ceremony itself.

For those in attendance, legendary actor, producer and comedian Keegan-Michael Key is an honored guest on Saturday and will help engage the crowd and interact with inductees at different points during the event.

“As a lifelong football fan, I am excited to be a part of honoring some of the greatest to ever play the game. Connecting with audiences, making people laugh and engaging with fans are at the root of what I love to do.”

Who is in the Pro Football Hall of Fame class of 2022?

Here are the inductees for the 2022 Pro Football Hall of Fame, with this year’s class featuring six former NFL players, one head coach and one director of officiating.

The sixth overall pick in the 2001 NFL Draft, defensive tackle Richard Seymour enjoyed a legendary career with the New England Patriots (2001-’08) and Oakland Raiders (2009-’12). A three-time Super Bowl champion and seven-time Pro Bowl selection, Seymour is a member of the NFL 2000s All-Decade Team and is in the Patriots Hall of Fame. The induction comes a year after Bill Belichick blasted Pro Football Hall of Fame voters for snubbing Seymour in 2021.

LeRoy Butler, the 48th pick in the 1990 NFL Draft, waited 20 years for this moment. A four-time Pro Bowl selection and a member of the NFL 1990s All-Decade Team, the Green Bay Packers don’t win Super Bowl XXXI without their All=Pro safety. At the age of 54, Butler is finally receiving his spot in Canton. 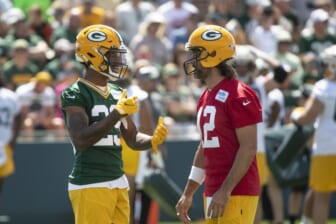 Selected with the 98th overall pick in the 1972 NFL Draft by the Oakland Raiders, Cliff Branch was one of the best wide receivers during his era (1972-’86). Even at a time when passing offenses didn’t post video game numbers, Branch led the NFL in receiving yards in 1974, played a pivotal role in three Super Bowls and is in the record books for the longest receiving touchdown in NFL history (99 yards). Sadly, Branch passed away on August 3, 2019 at the age of 71. Cliff’s sister Elaine Anderson will serve as his presenter with owner Mark Davis also there. 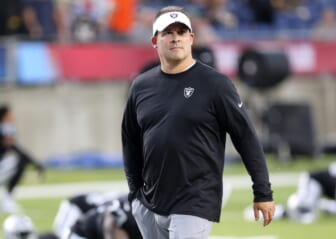 The San Francisco 49ers held high expectations for Bryant Young when they selected him with the 7th pick in the 1994 NFL Draft. Needless to say, the 6-foot-3 defensive tackle went above and beyond for the only NFL team he ever played for. The Notre Dame alum is a member of the 49ers Hall of Fame, the 1990s NFL All-Decade Team and he played a key role in this team winning Super Bowl XXIX.

Even before he reacted with the absolute class to his 2020 snub from the Pro Football Hall of Fame, everyone knew Tony Boselli deserved football immortality. Drafted with the second pick in the 1995 NFL Draft, he earned five Pro Bowl selections as an anchor on Jacksonville’s offensive line. Incredibly, Boselli is the first Jaguar in the Hall of Fame. 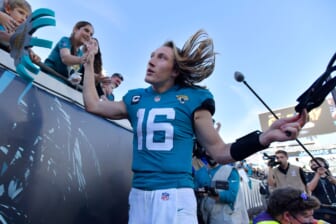 Also Read:
4 reasons Jacksonville Jaguars QB Trevor Lawrence will have a break through 2022

Sam Mills path to the Pro Football Hall of Fame is like any of his other inductees. The 5-foot-9 linebacker signed with the Cleveland Browns as an undrafted free agent in 1981 but couldn’t make the roster. He bounced around in the USFL and CFL from 1982-’85 before receiving his first real shot in the NFL with the New Orleans Saints in 1986.

Signed by Jim Mora, who coached him in the USFL, Mills took advantage of his second chance. He earned his first Pro Bowl selection in 1987 and then made the All-Pro team three times (1991, ’92, ’96). Later starring for the Carolina Panthers, Mills is a rare member of both the Saints and Panthers Hall of Fame.

Sadly, Mills passed away in 2005 at the age of 45 after a courageous battle with intestinal cancer. Jeff Duncan of NOLA.com wrote a phenomenal piece about Mills’ path to induction.

Portrayed in both the movie ‘American Underdog’ and “Invincible’, Dick Vermeil is the only coach being inducted into the Pro Football Hall of Fame this year. A career that started as an assistant coach at Del mar High School in 1959, Vermeil worked his way up the ranks with stints at Hillsdale High School, College of San Mateo, Napa Junior College and Stanford before landing in the NFL.

He earned his first NFL head-coaching job in 1976 with the Philadelphia Eagles, going from a 9-19 record in his first two seasons to three consecutive years with double-digit victories (1979-’81). He later won a Super Bowl with the St. Louis Rams before a final stint with the Kasnas City Chiefs (2001-’05).

The Pro Football Hall of Fame recognizes all figures who played a crucial role in the history of the NFL. While Arthur McNally never played a snap, he served as both a referee and a leader in the development of officials who shaped this sport for decades. Now 97 years old, McNally becomes the first on-field official in the NFL Hall of Fame.