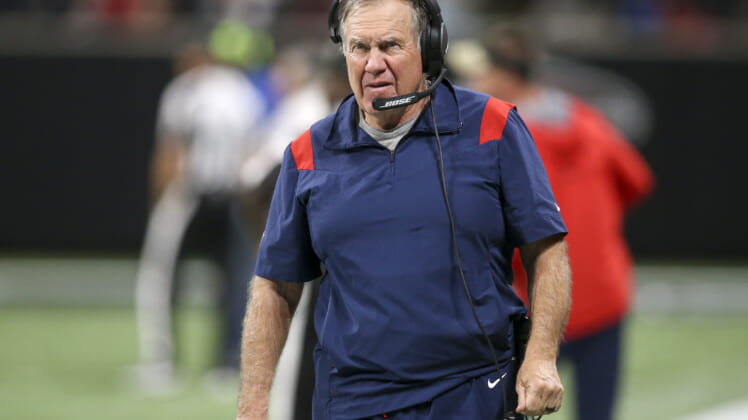 New England Patriots head coach Bill Belichick will one day have a bust in Canton, Ohio as an unquestioned member of the Pro Football Hall of Fame. But the greatest coach in NFL history isn’t holding back his criticism of the criteria that snubbed a Patriots’ legend.

The Hall of Fame revealed its 26 modern-era semifinalists for potential induction into the Class of 2022, which included former Patriots Vince Wilfork and Richard Seymour. But one key member of New England’s iconic defense was absent from the list and Belichick wasn’t pleased.

During a press conference this past week, Belichick directly called out the Hall of Fame voting process for its criteria that seems to vary from player to player.

There’s no questioning Harrison’s impact on the Patriots during their dynasty run. He was named first-team All-Pro twice (1998, 2003) and earned second-team All-Pro honors in 2004. The 6-foot-1 safety is also a member of the Patriots Hall of Fame, the Patriots All-2000s Team and their 50th Anniversary Team.

Belichick isn’t alone in a belief that Harrison deserves a bust in Canton, Ohio. Scott Pioli, who worked in the Patriots’ front office (2000-’08), also made a case for Harrison to be recognized by Hall of Fame voters.

Given how strong the upcoming Hall of Fame classes are, it could be increasingly difficult for Harrison to be selected as a semifinalist in the years ahead. But Belichick, widely recognized as one of the smartest minds in NFL history, says the former Patriots’ safety ranks right up there with other legends he coached.

Hall of Fame voters are unlikely to be swayed by Belichick’s pitch, but his criticism of the voting process and the lack of criteria won’t have even the slightest impact when he is up for nomination. Ultimately, this will just be another example of Belichick going to bat for one of his former players.