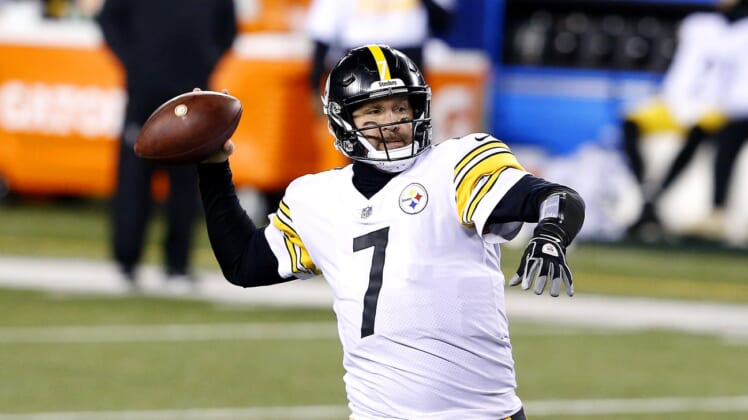 The Pittsburgh Steelers are officially keeping Ben Roethlisberger as their starting quarterback for the 2021 season.

In a news release through the Steelers’ official website, it was confirmed that Roethlisberger agreed to a new contract to return for an 18th year under center in Pittsburgh.

Steelers general manager Kevin Colbert commented on the reworked deal for the franchise’s long-tenured signal-caller, who would’ve been a prohibitive salary cap hit of more than $41 million if he’d played out his contract as it stood, per Teresa Varley:

“We are excited we were able to come to an agreement with Ben Roethlisberger on a new contract for him to return to the Steelers in 2021. We know that Ben can still play at a high level and do special things for this team. Our goal remains the same – to put together a roster that will compete for another championship. We are happy that Ben will be one of our leaders to help us accomplish that goal.”

Roethlisberger also provided a statement about playing for the team next season, which could very well be his last:

“It is my greatest honor to be a Pittsburgh Steeler and give my all for this organization. I am grateful to be at this stage of my career and more than happy to adjust my contract in a way that best helps the team to address other players who are so vital to our success. I love this game and love to compete, and I believe in this team and my ability to deliver when called upon. It all starts with great preparation and I am ready to go.”

Ben Roethlisberger on returning to Pittsburgh Steelers in 2021

Spotrac highlighted how much the Steelers figure to be on the hook for money-wise even with Big Ben reworking his deal, and ESPN’s Adam Schefter provided further details:

It’s interesting that Roethlisberger highlights preparation in his statement, because that’s been a frequent knock on him compared to some of his elite peers such as Tom Brady.

While it’s unfair to hold someone to Brady’s standard, like it or not, Roethlisberger plays for one of the NFL’s most iconic franchises and has been the face of it for nearly two decades now, just as Brady was for the New England Patriots.

No one will probably match the seven Super Bowls Brady has won, but the disappointment Pittsburgh has suffered of late stems from Roethlisberger’s inability to lead the Steelers to playoff success.

Having failed to manage a postseason win since after the 2016 campaign, it’ll take serious preparation, dedication to keeping his body right and remaining healthy to make it through the full 2021 slate for Roethlisberger to lead Pittsburgh back to playoff glory.

Having a two-time Super Bowl champion in Roethlisberger leading the offense is always going to give the Steelers at least a chance. Prior to flaming out down the stretch last season, it is worth remembering Big Ben led the team to an incredible 11-0 start.

Pittsburgh will have a new offensive coordinator in Matt Canada this coming season, who may provide a much-needed fresh set of eyes to diversify the Steelers’ scheme.

Roethlisberger did benefit from having a strong supporting cast of receivers in 2020 between JuJu Smith-Schuster, Chase Claypool, James Washington and Diontae Johnson. Unfortunately, the team also had the NFL’s worst rushing attack by far, which often made the offense too predictable and one-dimensional.

As long as all those elements come together, the Steelers should at least have a chance to defend their AFC North title. However, it won’t be easy, and the current core of players went out on a sour note last season in losing four of five, including a Wild Card Round defeat at the hands of the division rival Cleveland Browns.

Roethlisberger seems like he’s on his last legs, yet Pittsburgh has the pieces in place to position him for success in 2021. Whether it all comes to fruition comes down to, like Big Ben himself said, the preparation, along with the execution of all those prospective strategies.