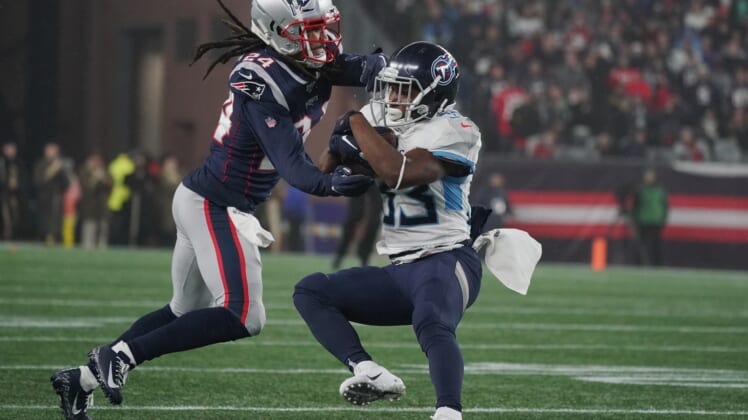 Thus far this year, New England Patriots rumors have focused primarily on the quarterback position. Initially, it seemed like they were set to move off Cam Newton after just one season. However, recent remarks from head coach Bill Belichick might throw some cold water on that idea.

What we do know is that these Patriots have a lot of work to do during the NFL offseason if they want to bounce back following the organization’s first losing season since all the way back in 2000. That could include moving off one of their longest-tenured players.

“Most GMs have considered it a foregone conclusion that the Patriots would trade top corner Stephon Gilmore this offseason and I haven’t heard anything about a contract extension, so a trade still seems like an eventuality,” Jason La Canfora of CBS Sports reported on Monday.

Patriots rumors had suggested a potential trade dating back to last offseason. Talk about New England moving on from the 2019 NFL Defensive Player of the Year continued into last season. Now, it appears that we’re headed toward a culmination on this front.

The Patriots are currently roughly $65 million under the estimated cap for next season. However, they have to worry about the quarterback position.

New England also doesn’t have the skill-position talent to compete for a playoff spot in the AFC next season. That became as clear as day during a seven-win 2020 campaign.

A four-time Pro Bowl performer, Stephon Gilmore dominated the NFL landscape during the 2019 season. That year saw him record league-high totals in passes defended (20) and interceptions (six) while yielding a sub 50 passer rating.

Now on the wrong side of 30, Gilmore took a step back a season ago. According to Pro Football Focus, he graded out 61st among qualified NFL cornerbacks. That included the former Buffalo Bills first-round pick recording just three passes defended and an interception as he battled COVID-19.

At this point, New England is unlikely to get much more than a Day 2 or early Day 3 pick in the 2021 NFL Draft for Stephon Gilmore. This means a third-round pick or a fourth-rounder. His salary cap hit coupled with the regression we saw last season adds another layer to this.

One possibility is that New England solves its quarterback situation over the short-term in a potential Gilmore trade. Of course, that would include re-acquiring Jimmy Garoppolo from the San Francisco 49ers.

Patriots rumors have linked them to Garoppolo for the better part of the past couple months. Meanwhile, San Francisco is going to be in need of cornerback help with Pro Bowlers Richard Sherman and Jason Verrett set to hit the NFL free agent market.

It’s one of several possibilities as the Patriots navigate through what promises to be their most-important offseason since the pre-Tom Brady era.