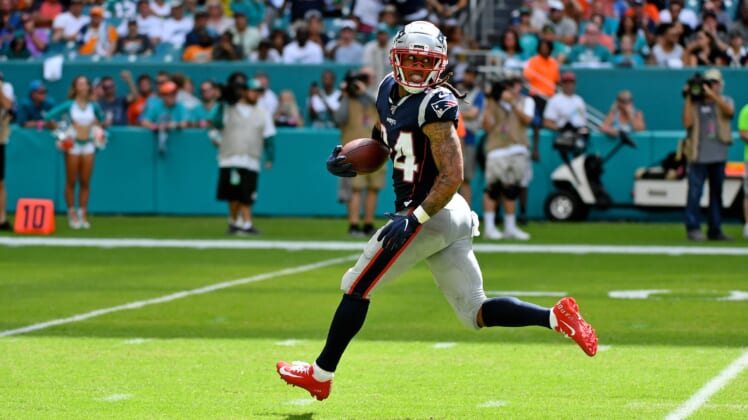 The New England Patriots are coming off a Week 4 loss to the Kansas City Chiefs in a game that was postponed one day due to quarterback Cam Newton testing positive for COVID-19.

It’s now up in the air whether Sunday’s home game against the Denver Broncos at Gillette Stadium will go on as planned. According to multiple media reports, one of the team’s best players has tested positive for the virus.

Gilmore was among those who was said to have been in close contact with Newton prior to the former NFL MVP testing positive for COVID-19. Out of an abundance of caution, New England took two planes to Kansas City for Monday’s game. One plane seated those who were in close contact with Newton, Gilmore included. The reigning NFL Defensive Player of the Year suited up for every defensive snap on Monday.

At this point, there’s a chance two games could be postponed this coming week. The Tennessee Titans have two-dozen positive tests after their Week 4 game against the Pittsburgh Steelers was postponed until later in October.

Meanwhile, this is the third situation surrounding the Patriots. Practice squad defensive tackle Bill Murray was placed on the Reserve/COVID-19 list on Tuesday. However, that does not necessarily mean he tested positive for the virus. Rather, it means Murray was in close contact with someone who contracted COVID-19.

It’s going to be interesting to see what happens in New England and throughout the NFL world now that outbreaks have occurred around the league amid the ongoing worldwide pandemic. The league had in the past considered playing in multiple bubbles. That might very well be the only way to salvage the season. Time will tell on this front.