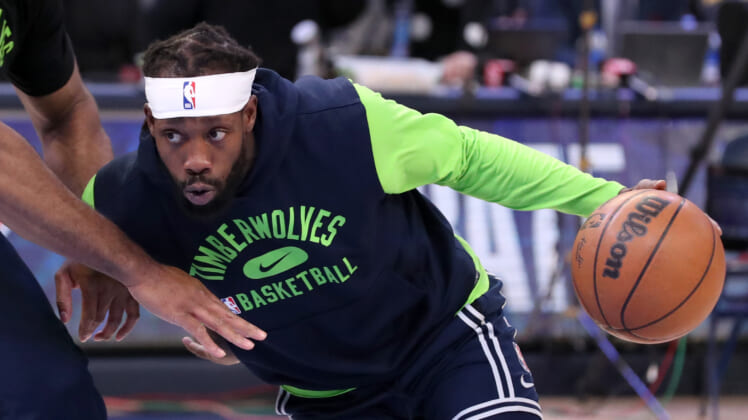 Patrick Beverley has been traded five times since being selected in the 2009 NBA Draft. Now, the 34-year-old point guard could be on the move again just weeks after landing with the Utah Jazz.

Utah acquired the 6-foot-1 point guard as part of the blockbuster Rudy Gobert deal, landing him entirely to help the salaries match. With the Jazz seemingly prepared for a rebuild – now fielding offers for Donovan Mitchell – Beverley could be on the move once again.

Related: Patrick Beverley asks Miami Heat to trade for him

According to Jake Fischer of Bleacher Report, many around the NBA believe that Beverley is emerging as a strong candidate. With Utah seemingly focused on acquiring draft picks and executive Danny Ainge building the team his way, a deal could happen this offseason.

In regards to the teams who might be interested in Beverley, Fischer notes the Los Angeles Lakers and Miami Heat are likely destinations. He also mentions the Philadelphia 76ers, but the De’Anthony Melton trade might rule it out.

Beverley, owed $13 million next season in the final year of his contract, would be an ideal addition for playoff contenders seeking depth at guard. While he averaged just 9.2 points and 4.6 assists in 25.4 minutes per game last season with the Minnesota Timberwolves, he finished with a 111 Defensive Rating and 1.7 Defensive Win Shares.

Of course, both the Lakers and Heat have bigger priorities right now. Miami is still focused on acquiring Kevin Durant and its front office isn’t taking any attention away from that pursuit right now. In Los Angeles, the Lakers are dealing with a power struggle over whether to push for a Myles Turner or Kyrie Irving trade.

The Golden State Warriors have been viewed as a logical landing spot for Beverley if he was bought out by Utah and became a free agent. However, it’s clear multiple NBA teams will likely be willing to trade something for him to strengthen their rotation and to keep him away from the reigning NBA champions.