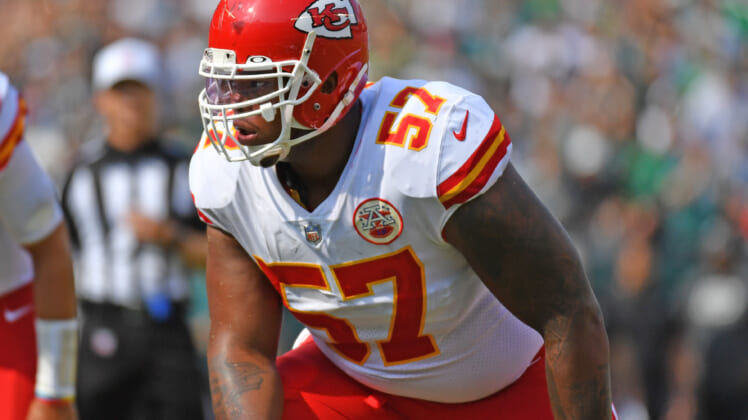 The holdout for Kansas City Chiefs left tackle Orlando Brown has ended. Hoping to reach a long-term extension after getting the franchise tag, Brown plans to report to training camp on Monday. And in classic form, Brown’s reportedly in the best shape of his life, according to his former teammate Robert Griffin III, who broke the news of his intent to report to camp.

Brown will earn $16.6 million on the franchise tag in 2022. Once the Chiefs’ season ends, Brown will become an unrestricted free agent. Or, he could once again negotiate a long-term contract with general manager Brett Veach and the rest of the front office.

What’s next for Orlando Brown, Chiefs?

For now, this is a win for everyone. Maybe not for Orlando Brown, but definitely for Patrick Mahomes and the Chiefs.

They get to keep their franchise left tackle for at least another year. It’s more important than ever that the Chiefs have a strong offensive line, as they get to face off with Maxx Crosby, Khalil Mack and Joey Bosa in the AFC West.

The Chiefs still hope to reach an extension with Brown in the long run. GM Brett Veach spoke on Sunday about their desire to lock in their left tackle for at least a few more years.

For now extension talks will have to wait, as the deadline to sign franchise-tagged players long-term has passed. At this point they’ll have to wait until the offseason to head back to the negotiation table.