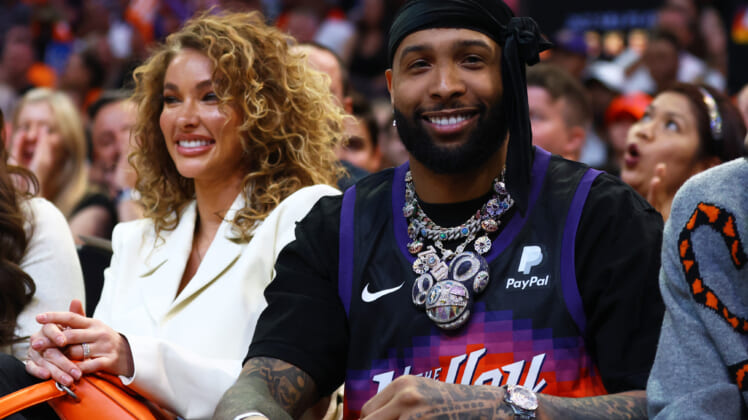 Odell Beckham Jr. remains one of the top NFL free agents available, waiting for his surgically-repaired knee to heal before signing. While there is no specific timeline for when he’ll sign, it seems one NFL team can be ruled out.

Beckham Jr. listed his mansion for sale this year, months after being released by the Cleveland Browns. Despite Browns’ stars pulling for him to return, the wideout kept his home on the market. Located just 20 miles outside of Cleveland, the 13,800-square-foot estate is now off the market.

As first reported by TMZ Sports, Beckham Jr. has sold the two-story home for the listed asking price of $3.3 million. While the identity of the buyer isn’t disclosed, they are landing themselves quite an estate.

As if four bedrooms and seven bathrooms weren’t enough, there are even more amenities available. The house comes with an incredible kitchen featuring modern appliances, a large movie theatre, a golf simulator, a game room and a room specifically made for streaming.

For those who are a fan of taking a nice walk around their property, Beckham Jr’s old house also comes with 2.13 acres of land that includes designated areas for barbeques and lounging. There’s also a massive pool behind the house and a luxury walk-in closet.

The deal is official, per TMZ, with Beckham Jr. accepting the offer on Monday. With his stuff moved out and the property sold, Beckham Jr. closes the door on a return to Cleveland. While there are no guarantees about his next residence, it wouldn’t be a surprise if he moved his things to Los Angeles and signed a new deal with the Rams by September.

Between the sale of his old estate and potential earnings on his next NFL deal, he should have more than enough to buy something nice and could even be neighbors with his teammates.